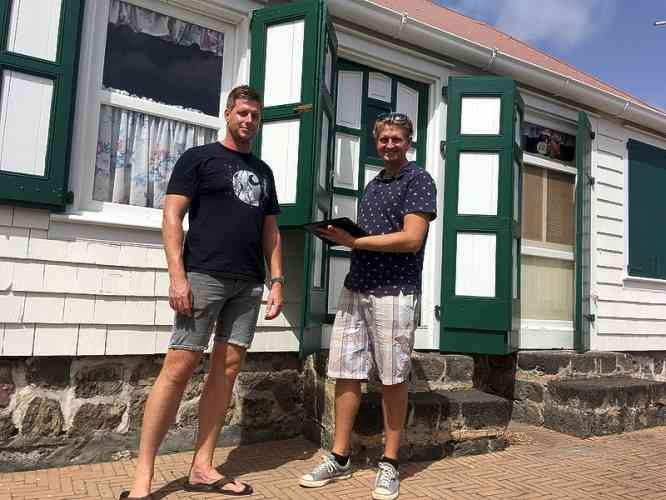 SABA/ST. EUSTATIUS–For the last five days, two independent researchers from Bonaire have been on St. Eustatius to find out what people thought of the information campaign prior to the European election last month. Given that for example on Statia voter turnout was less than nine per cent of registered voters, feedback is considered vital for similar campaigns in the future.

Researchers Coen van Gennip and Tim Verheul are using different techniques to probe the minds of those interviewed. At least 1,200 residents of Bonaire, Saba and Statia have been contacted recently either online or face-to-face.

“We use social networking such as Facebook to link up with people who are active within the community. It is a good starting point since the web soon leads on to a web of people with perceptions,” Verheul explains.

“We are interested to know if people knew where to vote, what they needed to vote for and if they received enough or the correct information about the European elections in the campaign run by the Government Department Caribbean Netherlands,” he said.

According to Van Gennip, they have interviewed 300 residents from all walks of life in the Caribbean Netherlands. “We have knocked on doors and spoken to street cleaners and office workers and visited retirement homes,” he said.

The two researchers did not give a passing judgement about the feedback they have received to date. Their full report will be sent to the Ministry of Home Affairs and Kingdom Relations first and then on to the Second Chamber of the Dutch Parliament.

Whereas researchers Verheul and Van Gennip have maintained their independence during the interview sessions, they have provided some information about the importance of the European elections.

“Bonaire, Saba and Statia are not part of the European Economic Area. But European Development Funds are distributed in Statia and the choice of Dutch representatives in Brussels can be decided by one vote only,” Van Gennip said.

Online questionnaires are available on www.opinionstatia.com and www.opinionsaba.com. The survey is available in English, Papiamentu and Dutch.