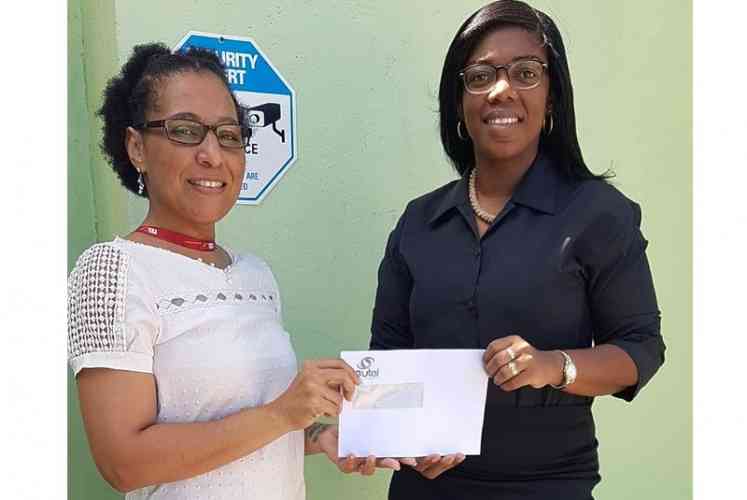 ST. EUSTATIUS–St. Eustatius Telephone Company Eutel NV announced Tuesday it will be a gold sponsor of Statia Carnival 2018. The 54th annual St. Eustatius Carnival will be held this year from Tuesday, July 17, until Monday, July 30, at the Mike van Putten Youth Centre/Lion’s Den.

Eutel has been contributing to this cultural event for many years. The telecommunication company gives back to the community in many shapes and forms.

Eutel has shown steady commitment to Statia’s Carnival over the years. Besides sponsoring the Carnival Committee, the company supports many other Carnival stakeholders, such as promoters, pageant contestants and troupes.

Free Wi-Fi Internet is granted throughout the Carnival season. “We have decided to assist in making the Carnival Village more attractive and at the same time increase our brand awareness by providing booth signs for all 17 booths at the venue,” said Eutel’s general manager Maryteresse Lijfrock.

“We cannot thank Eutel enough. The local company goes the extra mile for Statia and this feeling I take to heart, said president of St. Eustatius Arts and Cultural Heritage Foundation Teena Lopes

“Statia is indeed a small island with big thrills. Carnival is growing. This is the fourth consecutive year since our establishment that the St. Eustatius Arts and Cultural Heritage Foundation has been organizing Carnival. Each year we explain the importance of becoming a Carnival sponsor towards government and potential sponsors on the island and overseas. We will continue pushing this cultural event,” said Lopes.