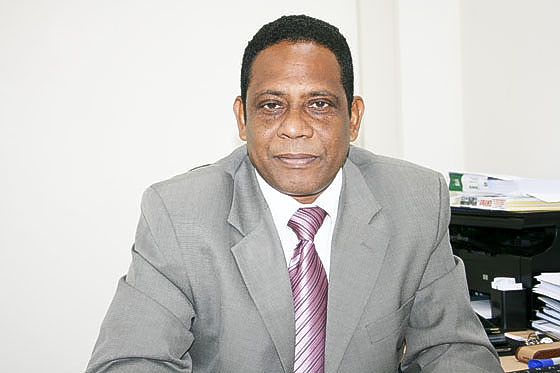 PHILIPSBURG–Former Director of the Immigration and Border Protection (IBP) Service Udo Aron has lost the court case he filed against Government’s decision for his dismissal on August 10, which followed his suspension by the Minister of Justice from June 22.

Aron had been Director of IBP since October 1, 2011. His authority to sign documents was lifted from May 13 after a report was filed concerning his possible involvement in human-smuggling. He allowed entry to a woman from the Dominican Republic who had no visa for St. Maarten, at Princess Juliana International Airport SXM on May 5.

Aron arrived at the Airport in the company of the woman that day, walking past Immigration officers, informing them that he had the situation under control. His subordinates did not comply with Aron’s statement and told him to follow correct procedures. After consultation with the Acting Head, Aron passed Immigration with the woman.

Immigration officers filed an official complaint and after consultation with them Minister of Justice Edson Kirindongo ordered an investigation and called for a criminal investigation by the Solicitor-General.

Aron was banned from entering his workplace and all premises of the Immigration and Border Protection Service and was suspended from his job on June 22. On August 10, he was served with a ministerial memo in which he was informed that his labour agreement would be terminated as per October 1, 2016.

The former IBP Director claimed he had not overstepped the boundaries of his authority in allowing the woman entrance to St. Maarten and had not been guilty of dereliction of duty. He said the woman’s request for a visa had been turned down on false grounds and he maintained that he was authorised to make a so-called “decision to allow entry.”

Aron filed a case against his suspension in August, but the Court banned him from returning to his workplace because the interests of Country St. Maarten would not be served with an enforced cooperation between an unwilling Minister and a Director of Immigration whose labour contract has already been terminated, the Judge reasoned at the time.

During last month’s proceedings, Aron called on the Court to have his dismissal declared null and void and to declare that Government had been unreasonable and had acted in contravention of the principles of a good employer.

He requested that the Court facilitate his reemployment, grant him continuation of salary payments or compensation for his dismissal, as well as payment of damages, as his good name and reputation had been tarnished.

He also claimed payment of a so-called substitution allowance (“waarnemingstoelage”) and called on the Court to order Government to pay the legal costs involved with these proceedings.

Aron handed documents to the Court in which it appeared that he regularly had made decisions to allow entry. However, this in itself did not mean that this regulation could not be abused, the Judge stated in his decision of November 30.

The Court also took into account that Aron had been working in a “politically sensitive” and powerful position. He had worked in this “force field” without any problem since 2011, but in May he decided to hand the Dominicano woman in question a decision to allow entry after her request for a visa had been turned down. Aron made this decision while he was not in St. Maarten and used his influence to lead the woman past Airport Immigration.

The Court found Aron’s intervention on behalf of the woman “impermissible,” as it had given the impression that he had been personally involved in the matter.

The Court held it against Aron that he had abused his position as IBP Director and had thwarted the regular procedures for admittance. It is the policy of Country St. Maarten to prevent illegal residence, but through his acts Aron had in fact facilitated illegal residence, the Court said.

Government representatives said during the Court hearing that it was absolutely unclear whether the woman had left the island in the meantime.

The Court arrived at the conclusion that the way in which Aron was terminated was far from “elegant,” but St. Maarten had sufficient grounds for his dismissal. Therefore, the termination of his labour agreement was not void or unreasonable, let alone illegitimate, the Judge stated.

Even though it was not deemed unthinkable that Aron’s good name had been tarnished, particularly due to all the publicity after the incident, the Court found no grounds to award damages, as Aron himself had been the main cause of all commotion, the Judge said.

As Government had already indicated during the hearing that it would be paying out the due amounts in outstanding allowances to Aron, the Court ordered payment of NAf. 40,000 in substitution allowances and NAf. 35,495 in vacation allowance. Aron was ordered to pay the legal costs of the procedure, which were estimated at NAf. 2,500.