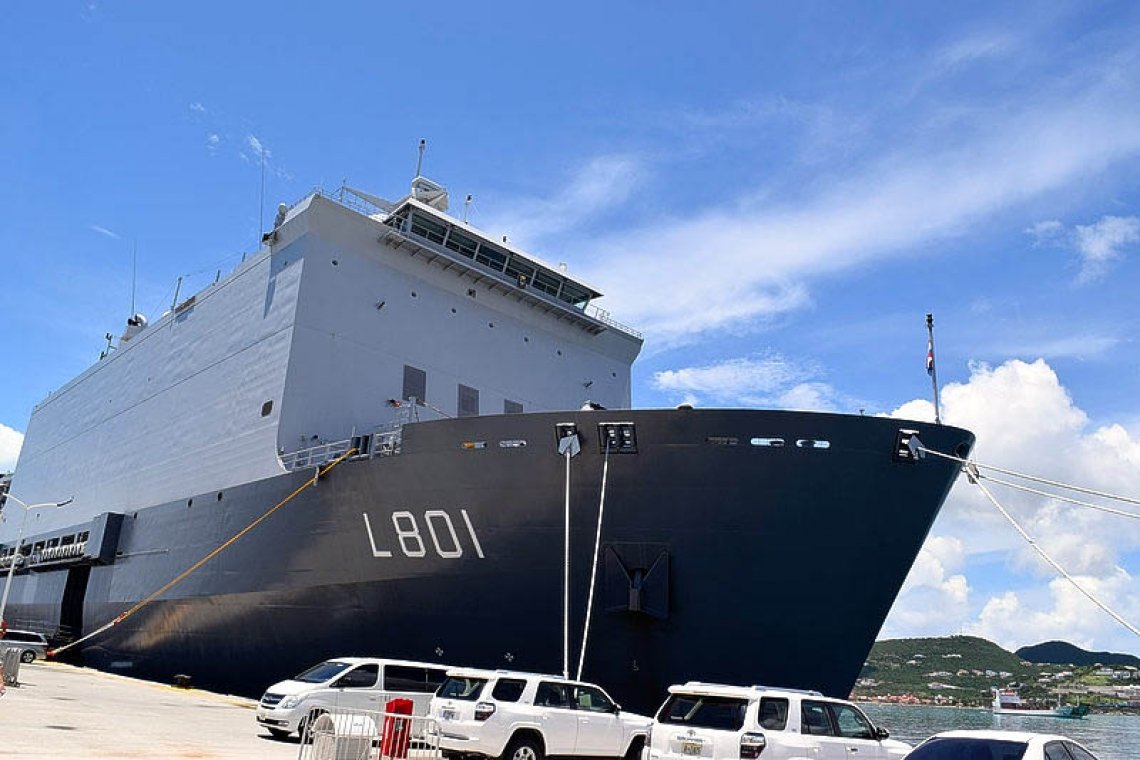 The suspect, who was been discharged without honour as Defence has a zero-tolerance policy for drugs, was arrested in Curaçao on September 24, 2019, with 11 kilos of cocaine in his backpack. The ship was searched immediately, but nothing was found.

The huge ship was meticulously searched by Dutch Customs and the Royal Marechaussee on its arrival in Den Helder one month later. During this search, another 11 kilos of cocaine were found hanging in a shopping bag between the bathroom wall and the ship’s wall. A search on this scale seldomly happens.

The ex-military man admitted afterwards that he had hidden the drugs on board. Identical shopping bags were found hanging on the ship, which the suspect had planned to fill as well, before he was caught with the cocaine in his backpack.

The Marechaussee had received five tips about the man’s smuggling plans, after which a camera was installed that focused on the gangway. This resulted in the arrest of the 23-year-old man who hailed from Haarlem. The man had initially also asked a colleague on the ship to also bring cocaine on board for a payment of 6,000 euros.

The Prosecutor remarked during the handling of the case in the Military Court mid-February that the 22 kilos had a street value of about one million euros. The Prosecutor demanded five years in prison for the ex-military man.

Commander of the Dutch Naval Forces Vice-Admiral Rob Kramer voiced heavy criticism in relation to this case. He said the good name of the Navy, which combats drug-smuggling and -trafficking in the Caribbean, was tarnished. He said the crew of HMS Johan de Witt deserved a more festive welcome at the ship’s home port after providing assistance in the Bahamas in the aftermath of category 5 Hurricane Dorian.