Home Local News Ex-minister to be prosecuted | THE DAILY HERALD 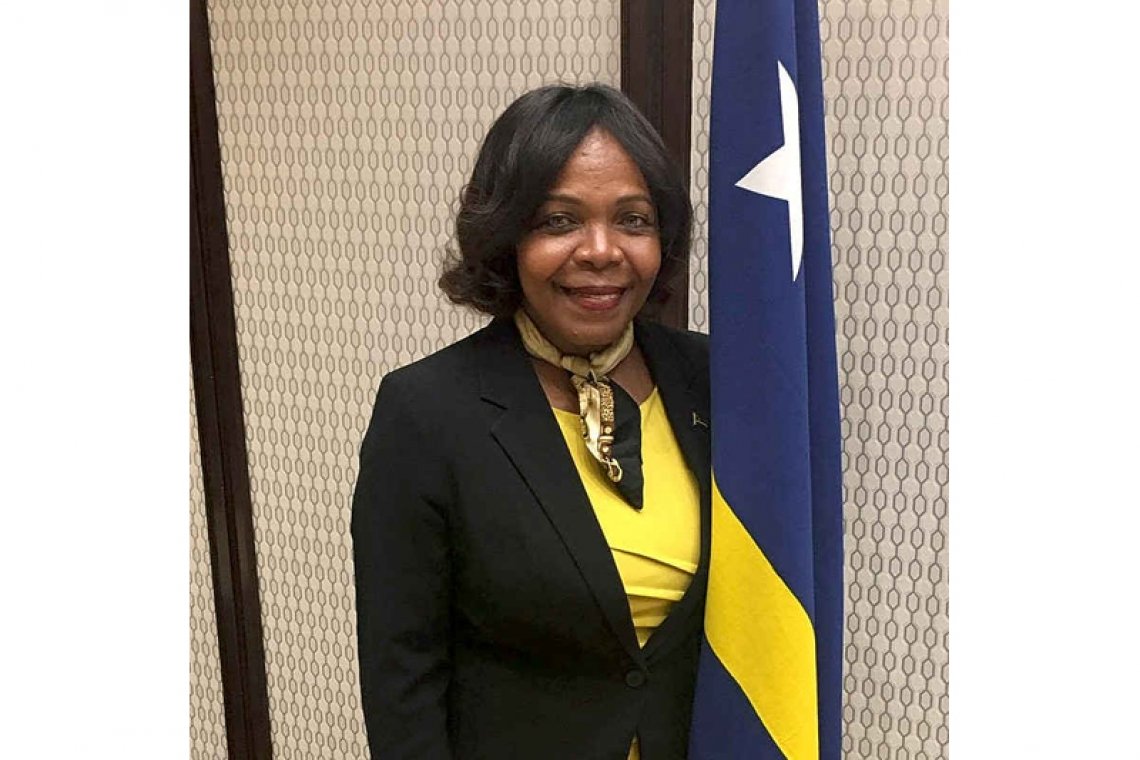 WILLEMSTAD–Former Curaçao Minister of Education Marilyn Alcalá-Wallé will be prosecuted for a conflict of interest. She had already stepped down as minister earlier this year when it became known that the Prosecutor’s Office was investigating her.

When she took office as a minister in 2017, the politician allegedly did not distance herself from all functions at foundations and companies as required. A complaint was filed against her last year by Elvis de Andrade.

He said on Tuesday he had been informed by the prosecution about a summons against Alcalá-Wallé. Her lawyer has confirmed that.

The PAR-member was about to be sworn into Parliament to occupy a seat that became vacant following the death of William Millerson. However, she now plans to abandon that plan out of disappointment over the prosecution’s decision and a lack of support from her party.

Instead of Alcalá-Wallé, pharmacist and current chairman of Curaçao’s football association FFK Shaheen Elhage is next in line to take up the empty seat in Parliament. That would also restore majority support for the remaining PAR/MAN cabinet.

Rennox Calmes, the only parliamentarian of the smallest coalition partner PIN, went independent and withdrew his support for Health Minister Suzanne Camelia-Römer, who is also party leader. She will consequently step down as minister this Friday.

As a result, there were currently only 10 MPs left backing the Rhuggenaath cabinet. The opposition has called for a national unity government to be installed until the elections of March 19 next year.  However, Prime Minister and PAR leader Eugene Rhuggenaath does not want to hear about this. He said as soon as Elhage is sworn in, the coalition will again have a majority of 11 seats in the 21-member house, and there will be stability again.

Alcalá-Wallé has been assisted for some time by lawyers Olga Henriquez-Kostrzewski, Hubert “Bertie” Braam and Achim Henriquez. It is not yet known exactly what their client will be charged with.

According to a release by the defence team, “this unpleasantly surprising news came at a time of much political noise. Unfortunately, in all that has happened in recent times, no support has come from the PAR party for Marilyn – not even a phone call to check on her. However, due to the newly created impasse in Parliament, the party was able to appeal for her to join Parliament swiftly and end this impasse.

“After considering everything, especially in view of the fact that Marilyn has not harmed or favoured anyone and has continued to be loyal without appreciating that loyalty, two hard decisions have been made today. The first is that Marilyn declined her seat and paved the way to have someone else appointed. The second decision is that Marilyn has immediately withdrawn her involvement with the political party. In short, Marilyn wishes to have nothing more to do with PAR.

“On behalf of Marilyn, it is emphasised that the aforementioned decisions do not mean the end of her political career, nor that she will stop serving the community outside of politics. In the near future, energy will be put into dealing with the criminal prosecution apparently initiated by the Prosecutor’s Office and finding justice for what has been done to Marilyn.”