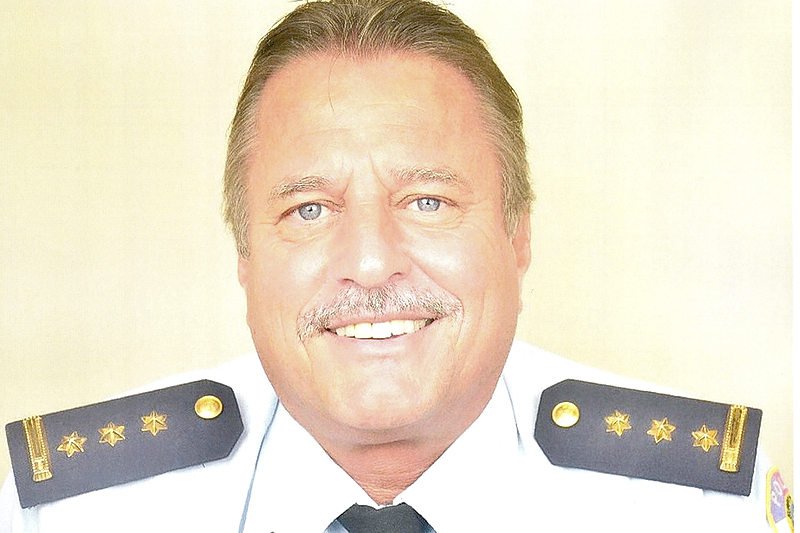 PHILIPSBURG–Former Chief of Police Peter de Witte looks back at his role as the head of the young Police Force of St. Maarten as an honour and privilege. De Witte was Chief of Police from October 10, 2010, to October 21, 2015.

“The officers of the country are hardworking and loyal and they put their all in their work and for that they need to be commended,” said De Witte, who is now employed as a project coordinator for the Police Force after his stint as Chief of Police. From the onset, De Witte always preached that a local police officer should take the reins of the force once his contract expired.

Looking back to 2010, when he arrived on the island, De Witte had many expectations with limited resources. The Police Force had to start from scratch, but determination and wanting to give the island a capable Police Force was the ultimate goal, De Witte recalled. “I am still here and have much to offer. I decided to take another position because I love the island and there was a position available,” he said.

Lack of finances is at times the main reason for police officers not advancing fast enough, but that has to do with the police budget’s lack of money. “Ambitions of the officers are sometimes crushed because of having no money, but they stay determined and that is what makes working with these professionals a privilege,” De Witte stated.

The Police Force management does what it can and oftentimes the police are not commended for this fact. “See what we are doing without the funds, rather than seeing what we are lacking in the Force. This is one of the reasons why the Force focuses on building the personnel that it has,” he said.

The St. Maarten Justice Academy serves as the training facility for new recruits within the Ministry of Justice and for civil servants of other Ministries who are in training as extraordinary police officers. The Academy is located on the grounds of the former Dr. Martin Luther King Jr. School on Mount William Hill.

De Witte was asked whether the academy serves its purpose, as there have been no new classes there for several months.

The Progress Committee stated recently that the lack of staffing within the Police Force was a major concern for it and there was an urgent need for support from the Netherlands.

De Witte said it was remarkable what the Police Force was doing without getting much-needed support. He challenges anyone who criticises the police to look beyond what they are lacking.

The Police Force continues to be a work in progress and De Witte is happy to play a part in its development. One of the major points when he was sworn in as chief was to make sure that once his contract expired, a local chief of police would take office, he explained.

“I always believed that a young country such as St. Maarten should have a local chief. It is nice to have a position and be good at it, but at the same time local officers should be able to look at the top and see one of their own as the head. This was very important for me. This is one of the reasons, when asked to stay on, I stressed that a local chief should be appointed,” he stated.

“I always felt at home in St. Maarten and I never felt that persons in and outside the organisation looked at me as a Netherlands national. There was always a discussion on the outside about outsiders coming to the island and taking up these top-level positions, I think that St. Maarten should be proud.”

There was a selection committee that nominated the chief out of several candidates and it was done in a transparent way and he is also proud of that, stated De Witte.

He continues to enjoy working on the island and as he looks from the outside in, the island can be proud of the new chief and management team who are doing a tremendous job, he concluded.