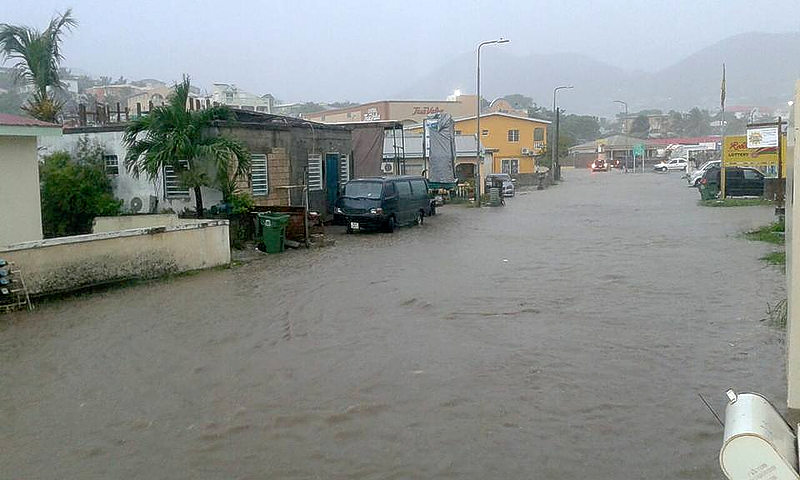 PHILIPSBURG–Students taking the Caribbean Examinations Council CXC and other exams were put on a roller-coaster ride on Monday when at first they were informed by a notice Education Minister Silveria Jacobs issued at 6:39am that they were to report to school in spite of heavy rains and severe street-flooding to sit their examinations. Schools were otherwise closed by the Minister due to the weather.

The public notice, issued via the Department of Communications DComm, stated that “students in exam classes will unfortunately have to report to school or end up taking resits at a later date, as they are based on international and regional scheduling.”

Jacobs issued another release at 7:31am, some 50 minutes after her first notice to report for exams, informing exam students that “the exams classes have officially been cancelled.” This notice also repeated her reason for closing all schools on Monday “due to heavy rains, reports of heavy flooding throughout the island and overall poor weather conditions.”

Fast-forward three hours later and students were hit with a third notice from the Minister informing them at 10:31am that those scheduled to sit exams at 1:00pm were “expected to show up at the scheduled time and venues.” This change from cancellation to back on schedule was tagged to “an improvement in weather conditions,” by the minister.

The third release also noted: “Students did show up for the 9:00am Caribbean Examinations Council CXC examinations.”

According to a press release from DComm on Monday night, Tuesday will be a regular school day barring any significant changes in weather conditions. The Meteorological Department of Sint Maarten said in its Monday evening forecast to expect cloudy and breezy weather conditions with an isolated shower and possible thunder on Tuesday morning.

Monitor the broadcast and online media for any bulletins or notices should the weather change significantly.