Home Local News Exchange of driving licences issued in St. Maarten permitted as of May... 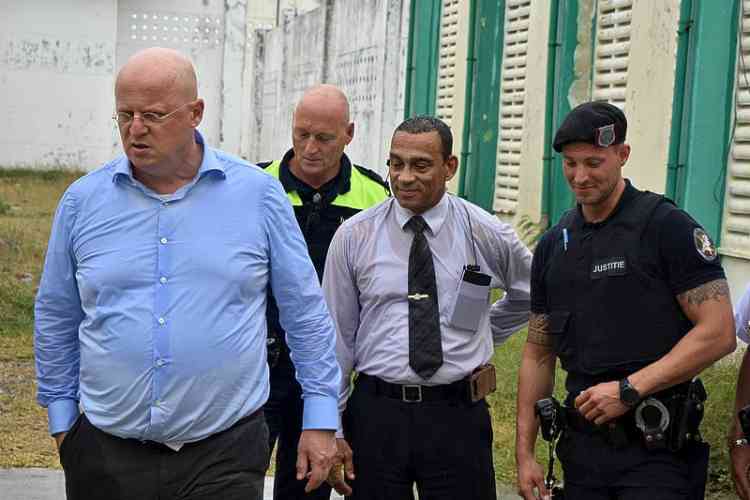 MARIGOT–French-side residents who still have driving licences issued on the Dutch side will be able to exchange them for the French driving licence between May 1 and December 31, 2018.

This decision was adopted by the Territorial Council at a brief session just before the Carnival holiday. The holders concerned have been unable to change or renew their licences on the Dutch side due to rule changes there, and consequently would be driving with an invalid licence.

The exchange applies to all licence categories except E. There is no requirement to redo a theoretical or practical driving test. The licences that can be exchanged must have been issued in St. Maarten before January 1, 2012. There is no plan yet for licences issued after that date. Proof of residence on the French side must also be given. A fee of 200 euros applies.

The driving licence exchange was one of the main points on the agenda. A deliberation on modifying the Plan d’ Occupation des Sols (POS) was another point under debate. The Collectivité wants to provide more flexibility in terms of allowing extra height to commercial buildings and a decision was made to go up to nine metres, three metres higher than before.

In Marigot for example, property owners can occupy more space by building on 100 per cent of their land area and in Lowlands where normally one can build on only 300 square metres of a minimum 10,000-square-metre lot this has been increased, allowing a bigger villa or two villas to be built. The objective is to allow people to have easier access to building, to build better, to build more or higher.

Opposition Councillor Jules Charville abstained on voting on the POS modifications. He said that although a mandatory public consultation was in place for modifications of the POS, not everyone is accustomed to reading and understanding documents on line from the Collectivité’s website or at the Service Urbanisme.

“Previous administrations had these documents available in the various districts which was easier for the population to digest,” Charville argued. “Meetings were organised and PowerPoint presentations given. With questions and answers it was easier to get a sense of what the people were thinking and saying, their opinions, whether they agreed or not. That did not happen this time.”

According to one of the technicians when questioned, only nine persons had registered opinions. Charville asked for the vote to be postponed because of the lack of input from the population. However, the motion was maintained and carried by the majority.

Director of Sports Charles Henry Palvair presented the 10-year territorial plan for the development of sports in St. Martin, which was widely applauded by the Council for being a thoroughly diligent study.

Bernadette Davis for the Opposition raised the question about what is being done immediately to provide some sports to keep young people occupied pending reconstruction of sport facilities. First Vice-President Valerie Damaseau responded by saying that, where finances permit, a sports facility is being made available for use in each district.

President Daniel Gibbs outlined the expenditure estimated for repairs to each of the main sports facilities in the period 2018-2022. He noted donations have also been received; for example, from the French Football Federation and a private donation for the Sandy Ground basketball courts. He also mentioned the possibility of having an Olympic-size swimming pool on the French side.

The Council voted unanimously on the first point; choice of three Councillors to serve on Comité d’Orientation Stratégique et de Développement Agricole (COSDA). All four points of the Council session were adopted by the majority.

There was an element of surprise to the Council meeting when Marthe Ogoundélé took her seat on the side of the majority party and not on the Opposition bench, prompting speculation that she had jumped ship. There was no comment from President Gibbs. Ogoundélé reportedly told a French reporter that she had moved to be farther away from the air conditioning.

Gibbs also mentioned in his introduction that there was no confirmation yet of whether Ramona Connor will take the place of Alain Richardson.