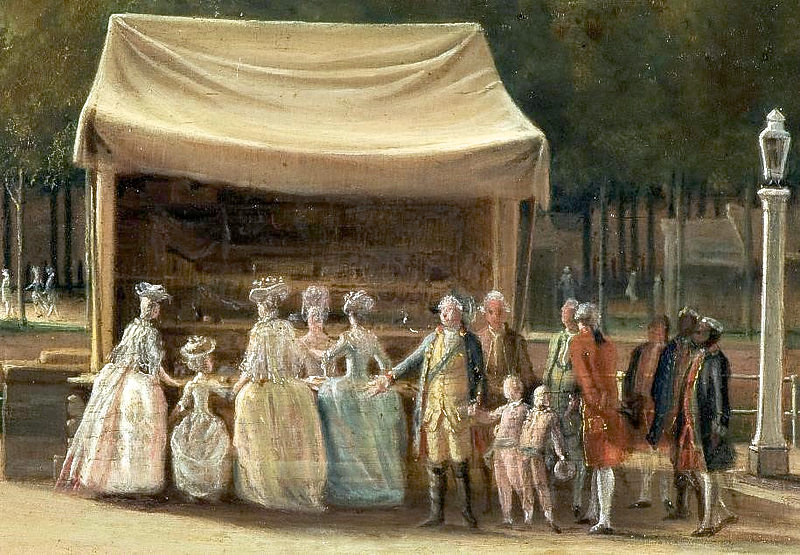 THE HAGUE–Historical Museum of The Hague will dedicate special attention to a Curaçao slave child who, together with a second male slave child from Guinea, served at the court of Stadtholder Willem V in the 1800s at the exhibition titled “African Servants at The Hague’s Court” which opens September 21.

In the 1760s, Curaçao-born Sideron and Cupido from Guinea were given as a present to Stadtholder Willem V as children in slavery by Dutch West India Company WIC that was involved in the slave trade from Africa. At that time, Willem V was still in his teens and not Stadtholder as yet.
The entrusting of African children to the care of a European ruler was not uncommon prior to 1800. Black people, often children, had been given as gifts to northern European rulers by their southern European counterparts from the first half of the fourteenth century.
Willem V, the last Stadtholder of the Dutch Republic before it became a monarchy, was sworn in as a member of the board of the WIC company in 1768, and was destined to become governor-in-chief of both WIC and East India Company VOC. Documents reveal that Sideron was born on Curaçao and came to Court in 1763, at the age of eight. Cupido is first mentioned in 1766.
The children slept above the stables, received instruction in skills such as dancing and were supposed to entertain Willem V For this they were paid a wage of 159 guilders a year. Around 1778, Cupido and Sideron were both promoted to the position of valet. It seems likely that they were constantly in the retinue of Willem V, the later Prince of Oranje-Nassau and father of Willem I, the first King of the Netherlands.
In 1795, when Willem V was forced to flee to England by the Patriots, he took his two black valets with him. Apparently he trusted them completely. Cupido departed for Oranienstein, Willem’s castle and estate near Dietz in Germany. Sideron remained with Willem in England until approximately 1802 when they both moved to the German estate.
Sideron and Cupido appear in various paintings beside Stadtholder Willem V (1748-1806) or his wife Wilhelmina of Prussia (1751-1820). Various of these paintings and drawings from the British Royal Collection, the Dutch National Museum Rijksmuseum and the State Service Cultural Heritage will be shown at the exhibition. The stories of these two young men will be told using these paintings and drawings, as well as various documents.
Through this exhibition, Historical Museum of The Hague wants to dedicate attention to royal court servants of African descent, often portrayed next to stadtholders, princes and princesses, and to focus on this generally unknown aspect of the shared Dutch history.
“The Dutch slavery past was often in the news in the last few years, but there was little attention for the presence of black people in the Netherlands in the 17th and 18th century. With this exhibition we want to highlight the shared Dutch history from a new perspective,” said museum Director Marco van Baalen.
Through the exhibition and the side-programmes, the museum wants to bridge a link with the current discussions on the slavery past and racism. The Curaçao-born artist Tirzo Martha will create a special piece for this exhibition in which he will show his personal interpretation of the story of Sideron and Cupido.
On November 23, the museum will host a public lecture with Martha and art historian Adi Martis from Aruba about the exhibition African Servants at the Court of The Hague. Sideron’s story will be discussed, but also the position of young Curaçaoleans in the Netherlands and in Curaçao, and the impact of history on this group.
On the occasion of the exhibition, guest curator Esther Schreuder will publish her book Cupido and Sideron. Two Moors at the Court of Orange. Art historian Schreuder did extensive research on Sideron and Cupido for several years.
Schreuder managed to trace the origins of Sideron and Cupido and in her book she describes in detail the lives of these children, and later as adults, at the royal court. On October 19, Schreuder will present her book to Dutch Caribbean Book Club.
In another side-programme hosted by the museum, Curaçao-born researcher and historian Valika Smeulders will give a lecture on January 7, 2018, about Sideron, his life, how he was looked at then and now. Smeulders will analyse the construction of identity and heritage of then and now. Her lecture will be followed by a heritage walk in The Hague.