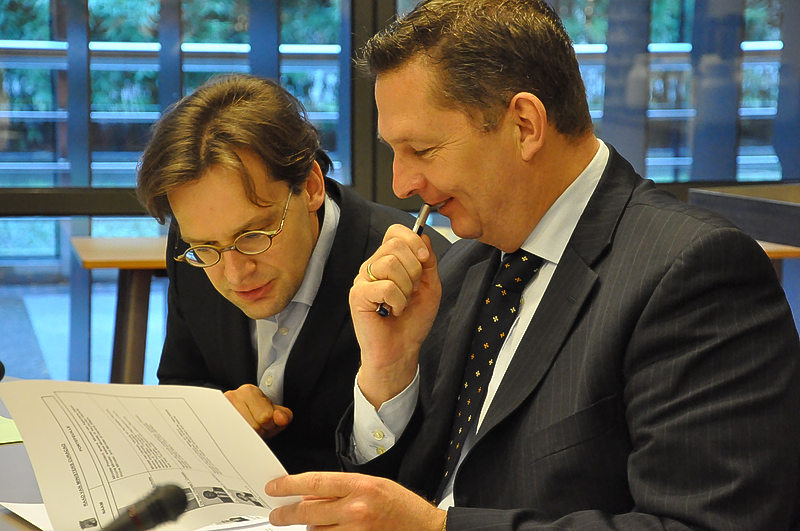 THE HAGUE–The current investigations should shed light on illegal financial networks and the practices of corrupt politicians and affiliated persons before the September elections in Curaçao and St. Maarten, said Member of the Second Chamber of the Dutch Parliament Ronald van Raak of the Socialist Party (SP) on Thursday.

“I hope that the investigations will make much as clear as possible before the elections about who is involved in malpractices both in politics and outside the political arena. It is the right of the voter to know as much as possible before casting his or her vote,” Van Raak told The Daily Herald.

Elections in St. Maarten are on September 26, and four days later it is the turn of the people of Curaçao to cast their vote. “For the future of the islands it is important to expose the sources of bad money and bad politics,” said Van Raak.

Van Raak is content that authorities have started (criminal) investigations in Curaçao and St. Maarten. On Wednesday, Curaçao authorities searched the home of President of the Central Bank of Curaçao and St. Maarten (CBCS) Emsley Tromp on grounds of tax evasion, and only recently former Giro Bank Director Eric Garcia was arrested in connection with the embezzlement of millions of US Dollars and the falsification of documents.

“I am keenly noting that many investigations in the financial world are taking place with persons being arrested. It shows that authorities are taking this up in a serious manner,” said Van Raak, who submitted a motion with his colleague André Bosman in April 2015, which called for a large-scale investigation of the connections between the upper world and underworld in Curaçao and St. Maarten.

According to Van Raak and Bosman, the two countries have a financial sector that doesn’t correspond with the small size of the islands, and where money is being laundered. The Members of Parliament (MPs) are sure that the criminal underworld and the upper world, government, are linked.

The motion received the support of almost the entire Second Chamber. Consequently, investigations have started with the assistance of the Netherlands, Italy and the United States (US). The Netherlands has made 22 million Euros and fifty detectives available.

“The motion called for the investigation to follow the bad money and expose the bad politicians and the affiliated people. I am happy with all investigations because bad things have been happening in the financial sector and the gambling industry on the islands. This needs to be tackled. Let’s see what results these investigations yield,” said Van Raak.

Formally, the Dutch Government has no say about the position of Tromp at the CBCS, or in any matter at the Central Bank, because Curaçao and St. Maarten are autonomous countries within the Dutch Kingdom with their own responsibilities.

Van Raak doubted the tenability of Tromp as President of CBCS, now that he is under investigation, even if it concerned him as a private person and not the Central Bank. But, Van Raak was quick to add, “It is up to the Parliaments of Curaçao and St. Maarten to give follow-up on this issue.”