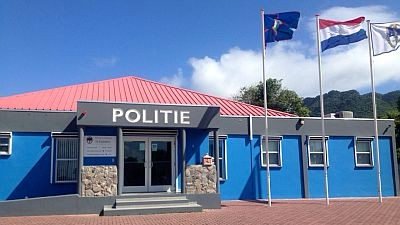 THE HAGUE–Additional investments will be made in the Caribbean Netherlands Police Force KPCN in 2018, including extra training, more-modern bulletproof vests and the control centre where the 911 emergency calls come in.

Dutch Minister of Justice and Security Ferdinand Grapperhaus announced this in a letter to the Dutch Parliament earlier this week in relation to a report of the Inspection for Justice and Safety regarding the shooting incident in Bonaire in August 2016 that left police officer Ferry Bakx dead.
Authorities considered it desirable to have an assessment of the fatal incident with the aim of formulating recommendations to further improve the Police Force. The Inspection concluded that Bakx and his fellow officer were insufficiently equipped and trained.
Bakx and his colleague were not wearing bulletproof vests at the time of the incident, which was initially interpreted by the control room as a house break-in instead of a violent armed robbery in progress at a home where multiple culprits held the people inside the home hostage.
The two police officers were given no additional information on the robbery other than what the control centre had told them. This fact, in combination with the decreasing crime rate in Bonaire at the time and the lack of a policy on the wearing of a bulletproof vest, resulted in the two officers reporting at the scene without vests.
“Based on the information available to them, there was not enough reason to put on a bulletproof vest,” the report stated.
Bakx was shot in the head by one of the assailants during a pursuit, so wearing a bulletproof vest would not have saved his life anyhow, it was concluded by the Inspection.
Seven suspects were sentenced in this case which shocked the Bonaire community. The suspects received prison terms ranging from 12 to 20 years.
Minister Grapperhaus stated in his accompanying letter that additional investments for the KPCN would be made in 2018. There will be additional training in professional skills, while the new, more-modern bulletproof vest of the Dutch Police Force will preferentially be made available to their KPCN colleagues. Safety will also be a top priority in the decision-taking process of replacing the current service gun, stated the Minister.
One of the recommendations in the report was to make improvements to the functioning and equipment of the control centre, as well as more training for its personnel. It was further advised to have a senior colleague available in the control centre to share knowhow. The department head can also contribute by being present more often, especially in times of a calamity.
The Minister explained that KPCN Police Commissioner Jose Regales has already started the process to make improvements to the control centre and the equipment. New walkie-talkies were purchased, while the rest of the radios and mobile phones will be replaced next year, as well as the renewal of the control centre equipment.
According to Grapperhaus, a lot has been invested in the KPCN in the past years, both in quality and quantity of its personnel and equipment. There is a close working relation with the Dutch Police Force and the Police Academy.
“The Police Force has gone through extensive development since the formation of this organisation in 2010, but there is still a long way to go. Priority-wise, the capacity will be expanded, the equipment further upgraded and quality training for personnel invested in. The further development of the control centre is an important part of this.