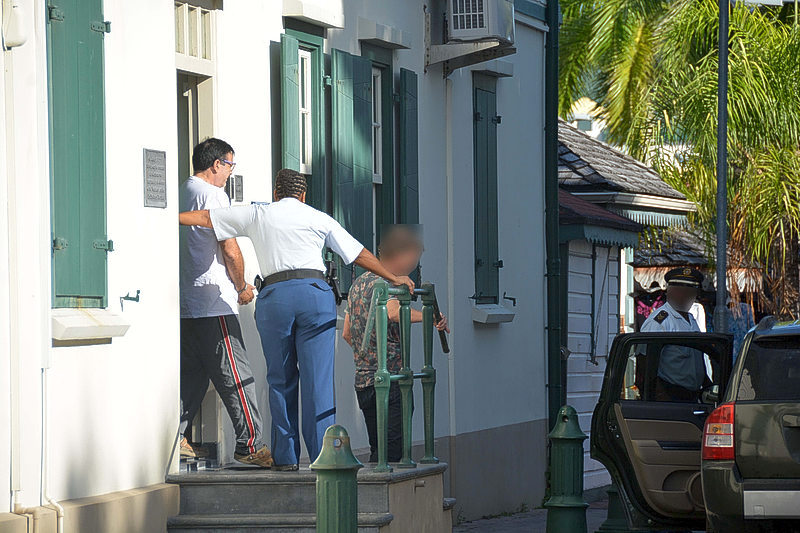 PHILIPSBURG–Business man Francesco Corallo (56) is still waiting for the extradition process to be completed by the Italian authorities. Corallo was arrested on December 13 by the Anti-corruption Taskforce TBO of the Kingdom Detectives Cooperation Team RST, at the request of Italian authorities.

The casino boss will be prosecuted in Italy for amongst other things, tax evasion and bribery of several politicians. The Italian-born Corallo is also suspected in Italy for using his businesses for money-laundering. He is presently still being held on St. Maarten and has not been transferred to any other island as some media outlets reported.

He was arrested along with Atlantis Group CFO Rudolph Baetsen (50), born in the Netherlands. Information obtained by The Daily Herald indicates that Baetsen has already been extradited to Italy, however, no official on the French side has been available to confirm this fact. Baetsen had been transferred to Guadeloupe.

Prosecutor spokesman Gino Bernadina said on Friday that Corallo is in pre-trial extradition detention and Italy has 40 days to complete the extradition request. Several belongings of the suspect have been confiscated, such as 170 apartments, bank accounts, 18 high-end watches, three boats and a casino. The seizures are still ongoing and it cannot be excluded that more property and bank accounts will be confiscated.

The searches and arrests that have taken place are part of an internationally coordinated action in Italy, St. Maarten, the Netherlands and French Saint Martin. This international cooperation between Italy, St. Maarten, French Saint Martin and the Netherlands fits into the joint, intensive approach to combat cross-border corruption and fraud, also called “undermining.”