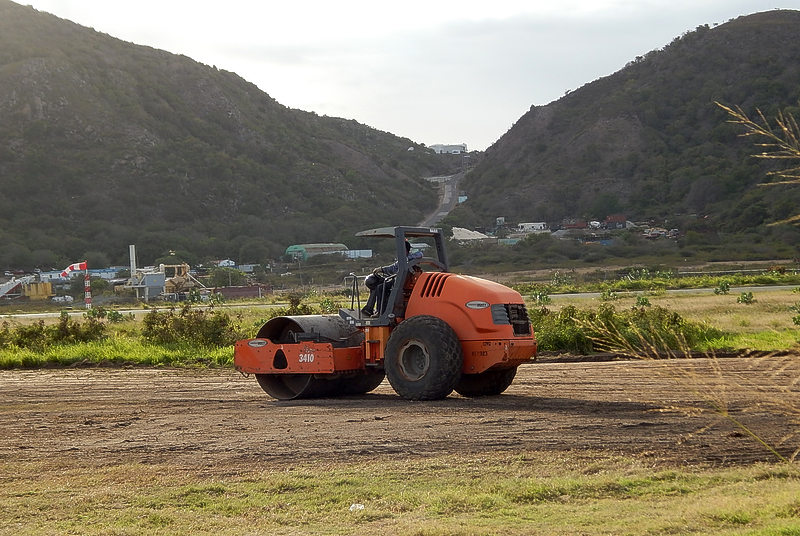 ST. EUSTATIUS–Participants in the Governor General’s Cup Air Rally 2017 will be flying into St. Eustatius for a two-day visit today, Monday. The aircraft will be landing at Franklin Delano Roosevelt Airport between 11:30am and 2:30pm.

The rally’s eighth edition took off from Ft. Lauderdale on April 3, and is taking participants on an island tour of the Caribbean until Sunday, April 16. The aircraft visiting Statia will be flying in from St. Vincent and the Grenadines. From Statia they will be flying to St. Croix on their way back to Florida.

On Saturday afternoon, heavy equipment was deployed at F.D. Roosevelt Airport to create a parking area for the visiting airplanes next to the St. Eustatius Fire Department building.

The visiting aviators will be welcomed by Government officials and children from Statia’s primary schools, NuStar School included.

A programme is planned to entertain the group while on the island. An Aircraft Dinner will be served at Ocean View Terrace, starting at 7:00, during which Commissioner of Tourism Derrick Simmons will be extending an official welcome to the “winged” visitors.

Tuesday, April 11, will be a leisure day for the guests with a hike to National Park The Quill, or snorkelling or diving in the ocean. There will be a barbecue dinner on the beachfront during the evening.

On day three, Wednesday, the guests will be departing from 9:30am.