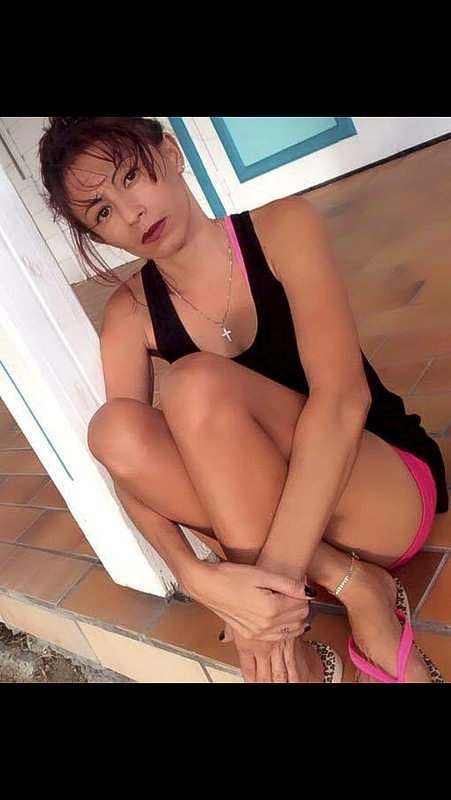 MARIGOT–Family and friends are very concerned about a Honduran woman who was on board a yacht in the Simpson Bay Lagoon with her American husband and daughter during Hurricane Irma as a month has passed and there is still no news of whether she is alive or dead.
The missing woman is Dalila Henriquez Aguilar (33). Family members in Honduras have been attempting to obtain information from St. Martin authorities but they do not speak French or English. There have been occasional posts on social media with a photo of Dalila and contact made with a Spanish newspaper but all to no avail so far.
The three were on board the 60ft ketch Kool Breeze during the storm. The yacht capsized and the woman’s husband, David Ellis Price, a 67-year-old retired professional yacht captain from Jennings, Louisiana, drowned. French side authorities subsequently issued a death certificate on September 22.
The daughter, Nayseft Ellis Henriquez (14) was saved and according to social media posts is currently staying on the French side with someone called Cyrille Bellei (may not be correct spelling).
The circumstances surrounding the saving of the daughter and discovery of David Price’s body were not known. It was understood the family had a cruising permit and would come and go, staying for a few months at a time in St. Martin.
“We did hear that divers were on the boat and discovered three unidentified bodies and that has made us apprehensive as we were not aware of extra persons on the boat,” a post from an identified person reads. “As far as we were aware, it was only David, his daughter Nayseft and Dalila on board. Dalila is the object of our search and Nayseft has no recollection of what happened to her mum.”
The French side Department of Solidarity and Families said Friday it would try to locate the exact whereabouts of the daughter. Contacted about the missing woman, Gendarmerie Capitaine Régis Turlan Arto said there have been no deaths recorded on the French side with the name Dalila Henriquez Aguilar.
Persons who have any information to assist the search, or have seen Dalila Henriquez Aguilar recently, can contact Jackie McLaughlin on cell number 524-2271 or Carlos Riviera on 581-6248.