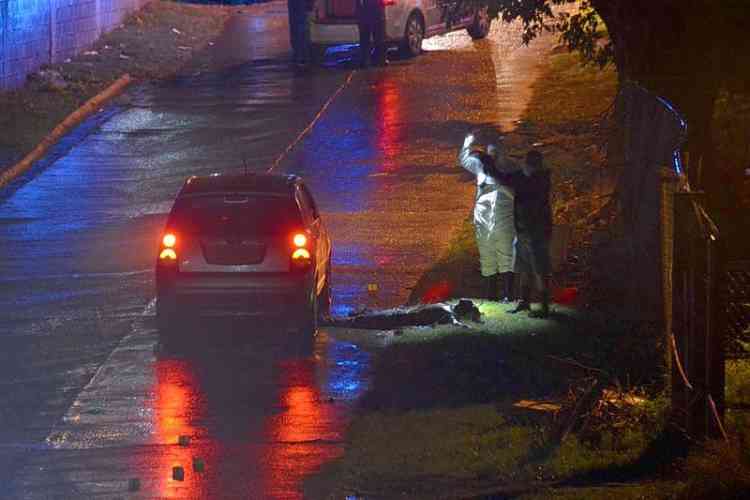 PHILIPSBURG–The man suspected of the fatal stabbing of Derrick Wilson (27), who died after an altercation on Genip Road, St. Peters, on November 18, 2017, will be heard by the Court of First Instance exactly eight months after the incident, on July 18, the Judge decided Wednesday.

The suspect in this case, T.K.F. (43), was arrested shortly after the stabbing.

Wilson was among a group of men hanging around outside a supermarket on Genip Road when an argument started within the group. He and the suspect started to get physical and a knife fight followed. Wilson ended up dead and the suspect was also seriously injured.

Police arrived on the scene and the suspect surrendered himself to the police, while Wilson did not show any sign of life.

During a previous preliminary Court hearing, the Prosecutor requested the hearing of four witnesses, among whom was the victim’s father. All these witnesses were heard by an Investigating Judge.

Their testimonies led the Prosecutor to call for the hearing of two more witnesses, which request was also granted. The Prosecutor said these witnesses will be heard soon.

The Prosecutor said the suspect should remain in pre-trial detention pending his trial. It was also announced that the Prosecutor’s Office will be calling on the Judge to order the execution of a two-week suspended sentence in connection with a previous crime. On March 22, 2017, the Court of First Instance had sentenced F. to two weeks suspended for mistreatment with a weapon.

The suspect claims he acted in self-defence in the Wilson killing. The Prosecutor said that considering the fact he had new information about the case it would be reasonable to give the defendant the opportunity to tell his story to the police.

Asked whether he would be willing to elaborate on his situation and answer questions by the police, F. said Wednesday that he invoked his right to remain silent as his lawyer was not present.