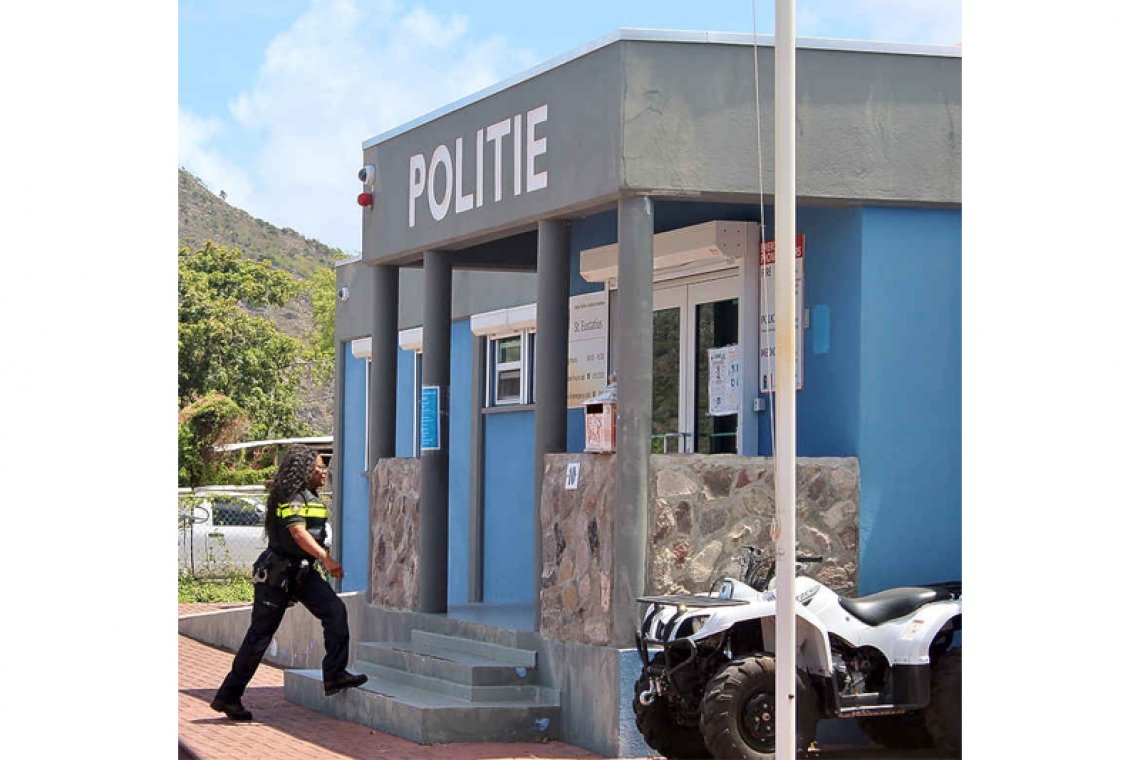 ST. EUSTATIUS–Patrolling officers of the Caribbean Netherlands Police Force KPCN arrested a father and his son for making threats to another man on Friday evening, August 14.

The police arrested a man D.d.J. (48) and his 24-year-old son for making threats to a man L.S. The case is still under investigation.The officers in charge of Friday evening’s arrest were Acting Prosecutor Police Major Marietza Patrick and Chief Inspector of Basic Police Care, Robelto Hodge.

At present there are three suspects in the police holding cells in St. Eustatius. Suspect R.G., who was arrested for assault, was released on Friday.