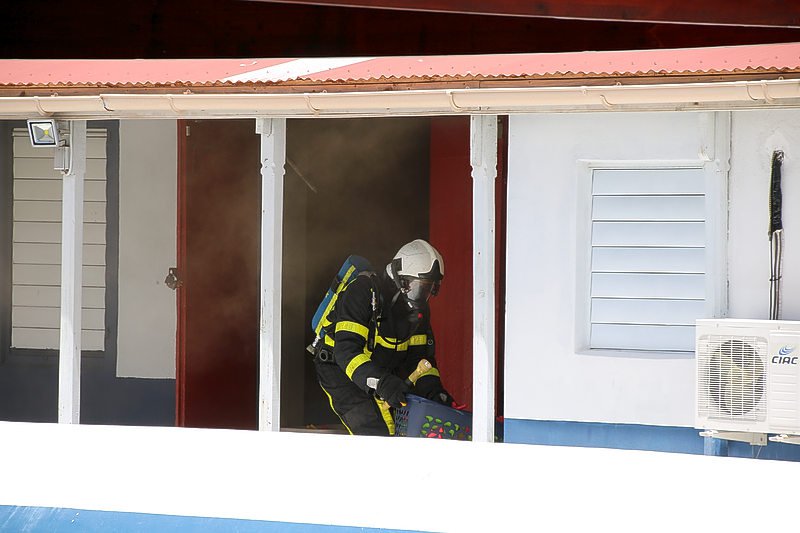 PHILIPSBURG–Police and Fire Department officials were directed to Sister Borgia Primary School on Cannegieter Street Wednesday morning in connection with a fire at the school.

On the scene the investigating officials learnt that a possible electrical fire had started in one of the classrooms which caused a lot of smoke to come out of the building close to 11:00am.
The teachers safely executed the fire emergency plan by immediately evacuating all pupils from Sister Borgia Primary School to St. Joseph School on Front Street. The Fire Department arrived on the scene shortly afterward and immediately took control of the situation. Cannegieter Street was closed off temporarily and drivers had to use alternative routes to go to their destinations.
No one was injured during the fire. Fire Department officials informed The Daily Herald that the cause was a faulty computer. Two fire trucks took control of the situation and the principal of the school was advised to send the pupils home for the day.
Adjunct School Manager and Student Care Coordinator Hilda Brown-Carty informed all parents/guardians and pupils that Sister Borgia Elementary School will be open today, Thursday.