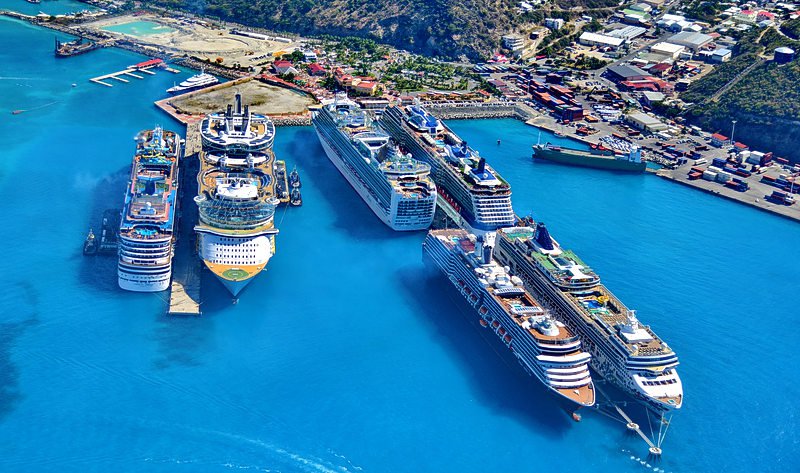 PHILIPSBURG–Beware of complacency and refresh the country’s tourism product was the strong and clear message the Florida-Caribbean Cruise Association (FCCA) representatives delivered to Members of Parliament (MPs) in a meeting on Monday.

FCCA President Michele Paige told MPs in the sitting of Parliament’s Permanent Committee for Tourism and Economic Affairs that global competition was increasing and destinations such as St. Maarten must pay keen attention.

Some two decades ago, the Caribbean accounted for 50 per cent of the then-smaller cruise industry. Now, its share of the much-larger cruise pie is around 35.5 per cent, said Paige, She noted that this did not signal a decline for the region, but was more of a signal of the region’s desirability to cruisers.

However, the Caribbean and, by extension, St. Maarten, can have a stronger pull in the market if attention is paid to highlighting for cruisers the essence of what makes the Caribbean and individual islands unique. Paige explained that cruisers are looking to experience the islands’ cuisine and culture.

The cruise industry has changed and the industry needs the Caribbean to also evolve with it, the cruise executive said.

St. Maarten needs to “renew and refresh” its tourism product to match what cruisers are seeking by “going back to basics,” she said. The things that make St. Maarten “unique and different” must start to take centre stage and the message that this destination is much more that sun, sand and sea must be clear, she told MPs.

Enticing cruisers to want to visit the destination will ensure the cruise ships continue to call here and will increase calls in the future, she said.

Paige sees the opening up of Cuba as a boost for the Caribbean rather than a negative for destinations like St. Maarten. Cuba will bring “renewed interest” to the Caribbean and will “cause more ships to come to the region.” As a caveat, she said the destinations “doing things right will not be affected,” but those that are complacent will feel the effects.

The odds are good for St. Maarten in keeping cruisers’ interest. According to the 2015 Economic Impact Study commissioned by FCCA, of the 35 destinations surveyed St. Maarten stands at number five in passenger satisfaction and number four in meeting cruisers’ expectation. However, the bad news is that the study found the country to be at number 20 for crew spending.

The last impact study was carried out in 2012 and at that time 40 per cent of the passengers were first-time cruisers. The latest study found fewer first-time cruisers, an indication that destinations need to be innovative to keep their interest.

The study also found that 62 per cent of cruisers would recommend St. Maarten to others and 54 per cent would return for another visit.

Refreshing the destination also could further boost cruisers’ spending, which stands at US $191.26 per passenger as of 2015. While citing the income generated from cruisers, Paige told MPs focus was needed on the drop in crew spending, which amounts to some $119.16 per crew member.

The cruise industry is expanding into new markets, including China. This will not distract from the Caribbean; it is expected to open this market to more and newer visitors, according to Paige.

St. Maarten, according to Paige, is expected to see a decline in its cruise arrival number this year with a slide from 1.8 million in 2015 to 1.4 million. This decline reflects the loss especially of Disney Cruises.

Paige’s numbers reflect only the passengers brought in by FCCA member lines. The actual cruiser arrival figure from Port St. Maarten (covering both FCCA and non-FCCA lines) for 2015 is 1.9 million, down from two million in 2014. The Port projects 1.6 million cruisers for 2016.

FCCA Operations Committee Chairman Russell Daya (also of Disney Cruise Line) told MPs St. Maarten must become more competitive. The destination has lost cruise ship calls to neighbouring islands, he pointed out as he encouraged the destination to “freshen up,” address complacency and to tackle its near-crippling traffic congestion. “The traffic situation is getting worse,” he said.

He remarked that the ring road is a solution to help with the traffic situation and it was a pity to see it still not completed.

“Keep competitive” was another note from Daya, who called on the country to keep port fees low to be attractive for cruise lines. He called on Government and the private sector to work with FCCA and member lines to better the tourism product. “We are your consultants for free,” he said.

In the past, larger destinations such as Puerto Rico suffered from St. Maarten’s boom, but now others are turning out good and fresher products, such as St. Kitts and Tortola, British Virgin Islands, he said. “I don’t think St. Maarten can own the word ‘competitiveness.’ … St. Maarten needs to avoid complacency.”

“We need you to reinvent,” said Paige. Reinvention requires the involvement of the private sector as a whole. That sector has been “fractured” in the past about the direction of the destination’s development, a position that must change, she noted.

Cruisers need to be kept happy to ensure “great customer satisfaction,” said MSC Cruises Vice President Cruise Operation Albino di Lorenzo. That means shore excursions must be exceptional and unique to get cruisers to spend. Cruisers “are more careful with their money” so “St. Maarten must create a product that gives value,” he said. The destination “needs innovation.”

Carnival Corporation VP Development and Operation David Candib commended St. Maarten on maintaining cruiser interest, as reflected in his company’s ticketed yields. However, he said the destination must continue to make itself attractive for cruisers and the industry.

Carnival Corp. VP Commercial Port Operations Carlos Torres de Navarra concurred that St. Maarten has a great product and will continue to hold top ranking in the region as long as it focuses on “the little things” cruisers see and experience there. Those things include tackling traffic, visitor harassment (in particular on the beaches) and the “perception” of safety.

A key concern for Torres de Navarra was cruisers’ satisfaction on peak cruise ship days. Cruisers are affected by congestion and diminished quality due to the large influx of cruise ships. He encouraged MPs to think about how the destination will manage when the ships become even bigger and to find ways to solve the existing bottlenecks.

Asked by MP Tamara Leonard whether the constant government instability had affected the cruise industry, Paige said cruisers are not affected by such changes as long as they do not impact what they see and experience in the destination.

Daya said Disney had been looking “to be a closer partnership” with St. Maarten in the past years, but the interests had not linked up. He was referencing Disney’s development in Tortola. Instability in government was cited by Daya as coming at a crucial time for decision-making on investments.

Port St. Maarten Chief Executive Officer Mark Mingo, in response to queries from MPs about home-porting, said the Port was working on persuading smaller cruise vessels to home-port here. He hopes to give more concrete information in the near future.