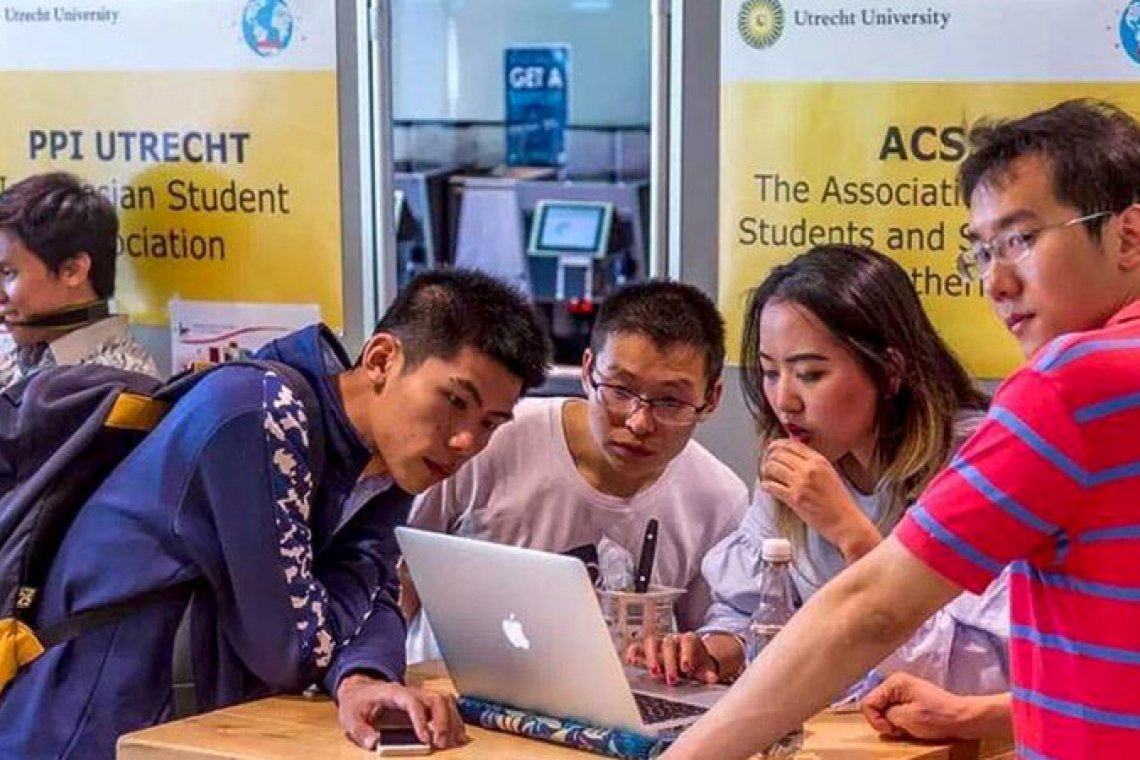 AMSTERDAM–Student unions in the Netherlands and officials at the Ministry of Education, Culture and Science have been meeting in an effort to provide answers to the problems coronavirus is causing students, particularly those from abroad.

Students, universities and the ministries are working hard to try to make sure that the negative impact on all students is kept to a minimum, says Jeroen Wienen, spokesman for Dutch international education agency Nuffic.

“There is a lot of willingness to work together, but if you consider they only closed the universities on March 16, universities have been quick to put stuff online and hopefully keep delays to a minimum,” said Wienen.

Nevertheless, international students face a range of problems which do not affect local youngsters, not least that many of them are isolated, without support networks to rely on.

“Students in general are raising numerous problems, they face delays, they are shifting to online education, they can’t do lab work,” says Kees Gillerse, chairman of the student organisation Interstedelijk Studenten Overleg. ‘We have realised that international students probably have more uncertainty than the Dutch and some universities have not done enough to communicate with them.”

One specific problem facing students in the Netherlands from other European Union member states is the loss of their student loans, if they no longer have a job of 56 hours a month. They may also lose the right to health insurance and reduced student travel if they are not working the required number of hours.

Katarzyna Kowalczyk, a Polish student at the University of Amsterdam, has started a petition calling on the government to assist students who live in shared accommodation with paying their rent, which has been signed by over 10,000 people.

Students who do not have their own front door or who live in student hostels and “hotels” are not entitled to claim government benefit to help pay rent.

“Before the coronavirus crisis most of us were part-time baristas, waiters, bartenders, babysitters, retail workers and at-home tutors, working along with studying to be able to afford to live in Amsterdam or The Hague,” she said. “Now, we are left in a uniquely uncertain position: without any source of income, social protection or savings in a foreign country, with no way of going back home because of cancelled flights and closed borders, during a worldwide pandemic. The only certainty we do have is that by the end of the month, we have to pay our rent.”

Students from outside the European Union have to obtain at least 50 per cent of the required degree points to keep their residence permit, but in some cases, this too is becoming impossible, Gillerse said.

“The closure of physical universities is asking a lot, but dealing with the challenges requires flexibility from both institutions and students.”

Bachelor student Ekaterina said she is most concerned about the fees. “I pay 6,700 euros a year… but I believe these costs are calculated on an educational style that universities can no longer offer. I don’t think the education I am currently being offered meets the standard and is worth the price.”

Her point is echoed by a master’s student at Delft University of Technology. “International students pay a lot of fees – around 19,000 euros a year – and the campus is going to be closed for at least six months. We would like to have our fees partially refunded,” he told website DutchNews.nl.

Students who are currently completing master’s degree theses face particular problems if their subjects involve physical research. American master’s student Matt was interning at a private-sector company as part of his thesis but everything has now switched to digital.

“It is a little frustrating because I did not sign up for an online degree,” he says. “It is unfortunate, but it is no-one’s fault. This does lower the educational value of what I am doing because I can’t meet and talk to people directly.”

Master’s degree student Nick has returned home to Austria to write his thesis. “It was really a financial decision because I was paying a lot of rent but everything related to my degree was online,” he told DutchNews.nl.

“My thesis was based on research at the zoo in Amsterdam but that is closed now, so I am trying to reorganise everything. It should have been very reliant on group meetings, but now I have to do an online survey instead.”

Not all international students are unhappy. University of Amsterdam economics student Sushrut Munje told DutchNews.nl he was not worried that he would not complete this academic year.

“The university been proactive and responsive to all concerns. Our classes have smoothly moved online, so [I will – Ed.] have some exams.”

Nuffic’s Wienen says this year’s students should not face too many delays. “The impact on the next academic year is unclear,” he said. “We don’t yet know what the problems will mean for entrance requirements and assigning places.”

A spokesman for the Education ministry told DutchNews.nl that it is likely to make a new statement in the coming week.