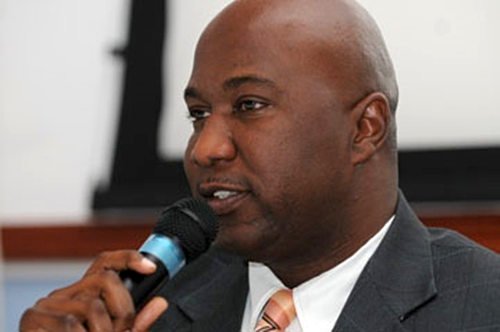 POND ISLAND–The Council of Ministers has appointed the board members of the Supervisory Board of Directors of St. Maarten Harbour Holding Company (SMHHC) and simultaneously appointed former Harbour Managing Director Fernando William as Chairman of the Board. Shareholder’s Representative Minister Mellissa Arrindell-Doncher announced the appointment via a press statement on Thursday afternoon following a shareholders’ meeting.

Appointed as new members to the board along with William are Businessman Christopher Wever, Businessman Lloyd Paul and Banking Executive Charles Thomas. Attorney Jason Rogers has been re-appointed to the board, while former Chairman Humphrey Mezas and board member Renald Williams will remain on the board in the short term.

William served as SMHHC managing director from 1998 to 2000. He had managed all aspects of realizing the planned US $70 million Cruise and Cargo Port Expansion project and was responsible for ,among other aspects, securing of financing, execution of the project, marketing of new facilities and financial management of the harbour group of companies.

Arrindell-Doncher described William as a high-calibre financial, accounting and management executive with a track record of numerous distinguished and remarkable accomplishments in all aspects of commerce.”

Each board member brings “a unique expertise” that will benefit Port St. Maarten, she is quoted as saying in the statement. “Together with management we expect the board to maintain St. Maarten’s position as the best cruise destination in the world and even expand on that through customer satisfaction.”

The Minister has instructed the board to meet post haste to be brought up to speed on the pending issues at the Port.