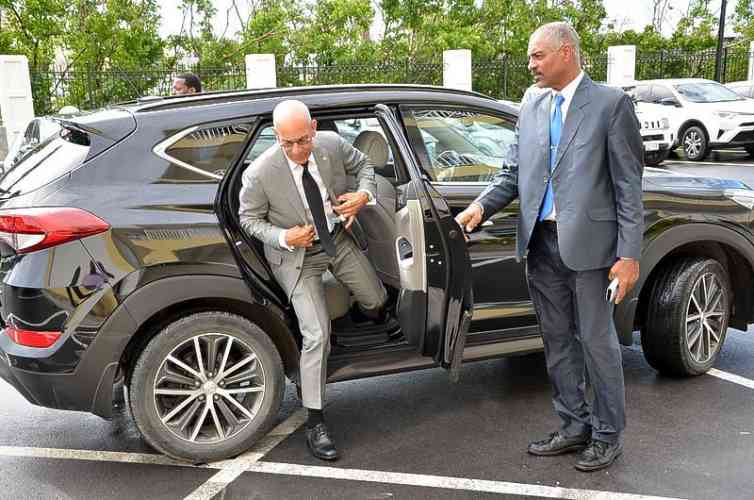 PHILIPSBURG/THE HAGUE–The St. Maarten Government is doing its utmost to have the draft 2018 budget at the Committee for Financial Supervision CFT next week. The adapted 2018 budget is being handled in the St. Maarten Council of Ministers this week, after which it will be sent to the Advisory Council and the CFT.

St. Maarten interim Finance Minister Mike Ferrier stated this in a letter that he sent to CFT Chairman Raymond Gradus on March 19, a copy of which was released to the local media on Wednesday. On March 14, the CFT sent a letter to Ferrier to remind him that it was yet to receive a number of important financial documents, including the adapted draft 2018 budget.

Ferrier made clear in his reply that he was not amused by the letter of the CFT Chairman. He stated that to government’s “big frustration,” St. Maarten was confronted with and informed that the country was not making the deadlines.

The Minister remarked that at the same time there had been uncertainty about the interpretation and use of an article in the Kingdom Law on Financial Supervision which, under special circumstances, permits an extension of the deadline for the budget. Only the Kingdom Council of Ministers can grant this permission.

Ferrier referred to the tone of the CFT letter as “highly disappointing,” also because this has again caused bad publicity for St. Maarten in the press. “This unnecessarily damages our image even more in the Second Chamber of the Dutch Parliament and the Kingdom Council of Ministers.”

The Minister stated he had expected the CFT to issue a positive advisory and exercise a facilitating role in the circumstances in which the St. Maarten Government finds itself. “To the contrary, we are reminded of deadlines and time limits which in these times can barely be met.”

Ferrier assured the CFT that the St. Maarten Government was working with all possible means and urgency to produce the required documents. “This urgency is broadly carried and has been established in the Council of Ministers.” In his letter, Ferrier provided an overview of the status of the various documents.

Considering the current problem with the 2018 budget and the status of the budget trajectory, St. Maarten will again request of the Kingdom Council of Ministers an extension until May 1, Ferrier stated.

The Minister reminded the CFT of a pending change of government which meant that the local government didn’t have any influence on the speed with which the budget would be handled.

Regarding the third and fourth execution reports covering 2017, Ferrier stated that the execution report on the second half of 2017 was ready and would be handled in the Council of Ministers this week.

According to Ferrier, the 2013 and 2014 annual accounts will be presented jointly to the Parliament before April 15, and should be at the CFT no later than May 1. The 2015 annual account will be submitted to the CFT before July 1 and the 2016 annual account by September 1.

In closing his letter, the Minister asked for a meeting with the CFT regarding the 2019 budgetary process, the 2017 annual account and the periodic 2018 reports. A copy of the letter was sent to the Kingdom Council of Ministers, State Secretary of Home Affairs and Kingdom Relations Raymond Knops and the different entities in St. Maarten.