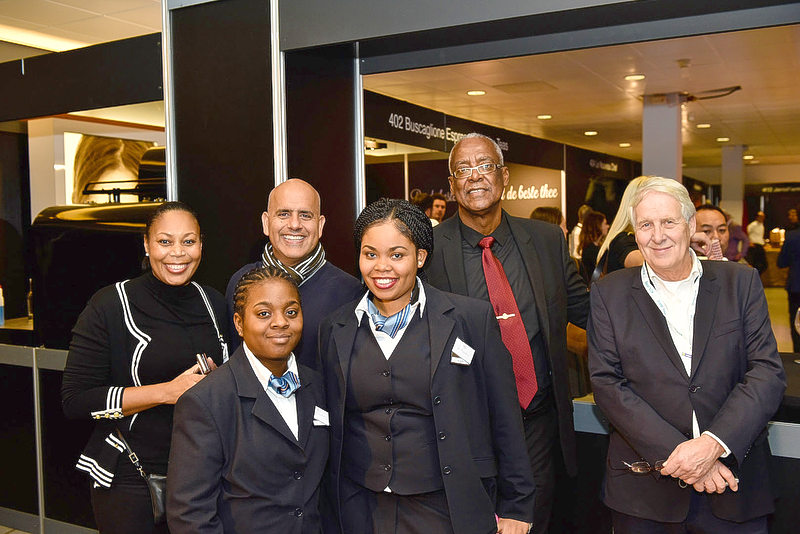 AMSTERDAM–St. Maarten was well-represented at the recent Wine Professional Fair in Amsterdam with a booth of Top Promotion Foundation, the organiser of the culinary event Fete de La Cuisine and a master class presented by St. Maarten’s famous chef Dino Jagtiani.

Through the Top Promotion Foundation and its President Henri Brookson, St. Maarten was the only destination that was present at the Wine Professional Fair which took place at Amsterdam’s RAI Congress Centre from January 9 through 11, 2017.

The Wine Professional Fair is annually visited for three days by more than 12,000 by- invitation-only professionals and decision makers from the food and beverage sector. The Top Promotion Foundation promoted their culinary event, “Fete de la Cuisine,” which will be held November 5-12, 2017, as well as the destination St. Maarten.

“Given that our island was the only destination present at the Wine Professional, there were many queries about vacationing and living on St. Maarten. TUI Fly makes it easier to travel from Amsterdam to St. Maarten with fares starting at 399 euros. Top Promotion Foundation further promoted the St. Maarten businesses that contributed to the fair,” said Brookson in a press release.

Top Promotion also captured the attention of visitors and participants with the raffle of a week stay for two in St. Maarten to attend the Fete de La Cuisine in November 2017. This prize was donated by Commodore Suites in Simpson Bay.

Two St. Maarten students attending the culinary institute of Mondriaan College in The Hague, Richelle Alexis and Iresha van Heyningen, were asked to assist at the Top Promotion booth to give them the experience of promoting their island at a fair.