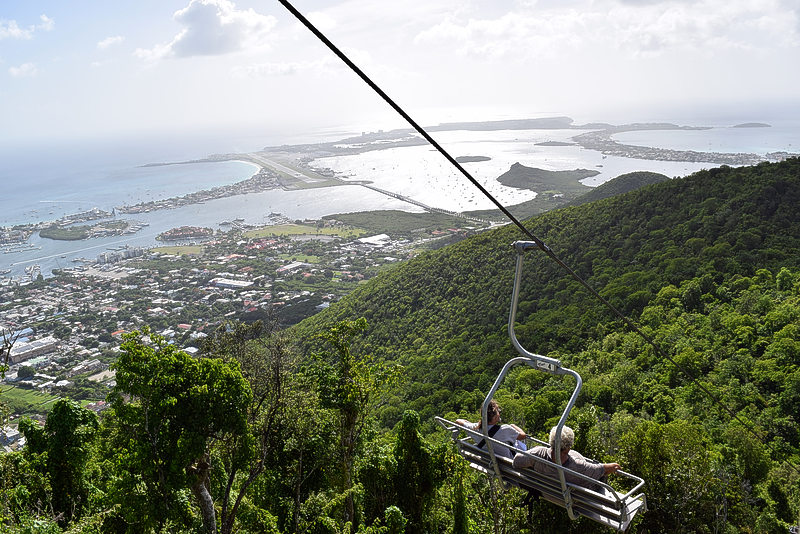 CUL DE SAC–A filter lane, not a roundabout, will be used to regulate the increased traffic expected to flow in Cul de Sac when the Rockland Estate Park opens in the coming weeks on the property commonly called Emilio Wilson Estate.

In light of that decision, RFA has agreed to provide temporary entrance through the back of the park until the final location of the filter lane is defined.

The developer has applied and is waiting for approval of the connections needed to provide permanent access to utilities at the park.

“Minimal inconvenience to the public is priority, therefore RFA, the Council [of Ministers, Ed.], and the Ministry of VROMI are dedicated to finding a permanent solution which best benefits all,” according to the developer.

Looking to the opening of the country’s newest tour, RFA said, “Attractions and buildings are in place and we are putting the finishing touches on a park that will not only significantly contribute to the tourism offerings of this great destination, but also offer a getaway for the local population to enjoy.”

The developer noted that in its commitment to sustainability, RFA “has impacted less than five per cent of the Emilio Wilson Estate and has actively collaborated with Government on identifying the best approach to the road, as well as coordinated cultural and educational efforts at the park.”

The first phase of the Emilio Wilson museum is ready and will be a “must do” for both residents and visitors.

A RFA recruitment fair, held in June resulted in the identification of most of the 80 local employees needed to operate the park. “They are being trained on the proper utilization of the highly specialized attractions of the park and the best customer service to provide a magnificent guest experience,” the developer said.