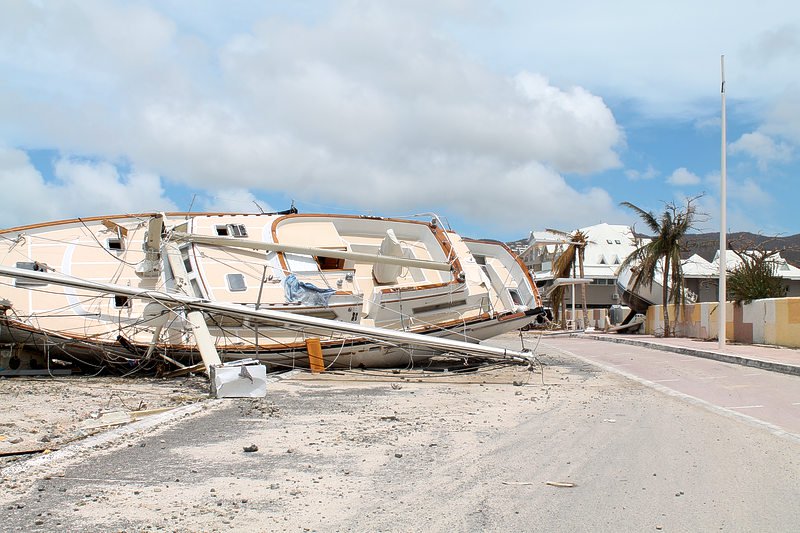 MARIGOT–French Federation of Nautical Industries (FIN) has reported that over 70 per cent of St. Martin’s marine industry infrastructure was severely damaged as a result of Hurricane Irma and Maria passing at the beginning of September.

Inspectors from FIN carried out an exhaustive evaluation of the damage on a visit between October 1 and October 10. They have recommended the French State open an exceptional credit of 10 million euros for its recovery in the context of Projet de Loi de Finances (PLF) currently being debated in Parliament.
“All marine businesses were damaged in some way. Buildings were demolished, docks were dislocated, equipment destroyed or out of service,” the report said. “Plus more than 1,000 vessels, yachts, pleasure craft, all types, were damaged and half of that number one can conclude are now wrecks.
“The damage to marine infrastructure and equipment was estimated at close to 18 million euros, and projections for loss of business up to 40 million euros,” the report added. “The opening of an exceptional credit of 10 million euros will permit wrecks to be salvaged, equipment to be purchased, docks to be repaired, boat yards to resume work, and stocks replenished. It will allow activity to resume little by little.”
St. Martin’s marine infrastructure is composed of 68 businesses that generate a turnover of 95 million euros with 400 full-time employees, FIN indicated.