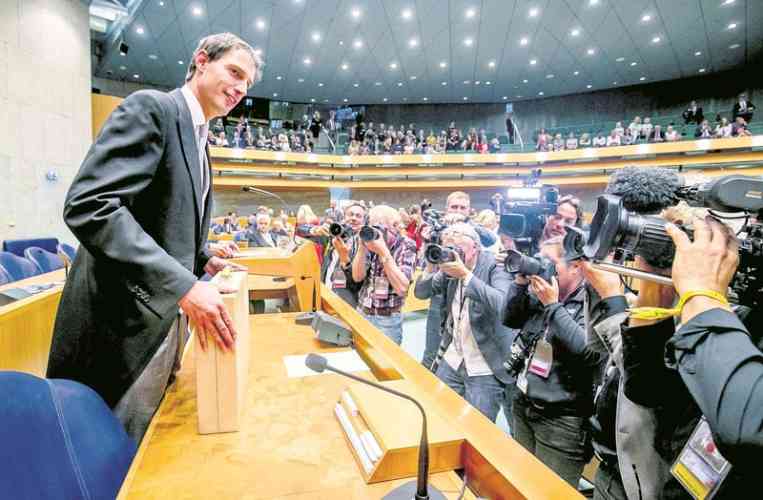 THE HAGUE–Finance Minister Wopke Hoekstra informed Members of the Dutch Parliament on Tuesday afternoon that government policy in the coming years is aimed at making the Netherlands “stronger, safer and more prosperous.” The minister was outlining the government’s policy for the upcoming year, following the official opening of the parliamentary year by King Willem-Alexander.

“Our current wealth is no guarantee for prosperity in the future,” Hoekstra told Parliament. This is why the government is investing in society, and boosting spending power for citizens, the finance minister said.

The economic substance of the government’s plans leaked out earlier. Hoekstra forecasts an average increase in spending power of 1.5 per cent, that the economy will grow 2.6 per cent and the structural budget deficit will reach 0.4 per cent of Gross Domestic Product, just above the 0.5 per cent limit set down in eurozone regulations.

Despite the rosy picture, Hoekstra warned his audience about stormy waters ahead in the shape of trade wars and Brexit which, he said, “threatens our exports, our jobs and our wallets.”

Speaking after Hoekstra’s presentation, Prime Minister Mark Rutte confirmed that the Dutch government will press ahead with the controversial plans to scrap the dividend tax, despite the fact that only 11 per cent of the population is in support. “The concern is that a couple of the largest Dutch companies may leave, and we have to prevent that,” Rutte said. If those companies do leave, jobs, innovation and the stock exchange would all be affected, according to Rutte.

Parliament will debate the government’s plans today, Wednesday and Friday.