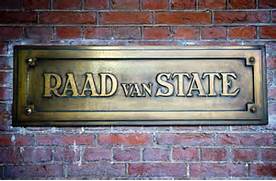 THE HAGUE–Based on the decision of the Council of State of the Kingdom, the Kingdom Government has rejected the appeal of the Curaçao Government against the extension of the financial supervision.

The Kingdom Council of Ministers decided on May 12, 2016 to reject the appeal filed by the Curaçao Government, a decision that was ratified in a Royal Decree which was published in the National Gazette on Thursday.

The Committee concluded that adequate financial management was a requirement to structurally comply with the Kingdom Financial Supervision Law. In line with the advice of this Committee, the Kingdom Government decided to prolong financial supervision for Curaçao and St. Maarten on October 8, 2015.

Based on this same law, the Curaçao Government filed an appeal against the decision in November 2015. The same law states that the Council of State prepares a draft decision in case of an appeal. St. Maarten did not appeal the October 2015 decision of the Kingdom Government.

On March 29, 2016 a hearing took place at the Council of State. At this hearing, the appealing party, Curaçao, pointed out that based on the Charter, budgetary affairs was a responsibility of the country in question and that the Kingdom Government used the Kingdom Law to infringe on the country’s autonomy.

According to the appealing party, represented by attorney-at-law Rogier van den Heuvel of the Dutch Caribbean law offices VanEps Kunneman VanDoorne, the Evaluation Committee only had the right to judge whether the budget had complied for three consecutive years with the financial supervision law.

The defending party, the Dutch Government, represented by attorney-at-law Elisabeth Pietermaat of the Dutch law offices Pels Rijcken & Drooglever Fortuijn, referred to the findings of the Evaluation Committee which concluded that Curaçao technically did not comply with the financial supervision law aspect of achieving three consecutive budgets on their own due to the fact that Curaçao was given a financial instruction in 2012.

According to the defending party, the financial supervision law described that decision-taking on the termination of financial supervision did not only take place based on the conclusion that the budget structurally complied with the norms of that same law, but that it also concerned a broader judgment. In other words: the quality of financial management needed to be included in the process.

The Council of State decided that the defending party and the Evaluation Committee were right in their conclusion that financial management was part of the assessment of the financial supervision law. It was also agreed that Curaçao was unable to comply due to the 2012 instruction, and that as such the decision of the Kingdom Government should be upheld.

Regarding the request of the appealing party to have a new, accelerated evaluation of the financial supervision law as soon as possible to assess the 2013, 2014 and 2015 budgets, the Council of State referred the Curaçao Government to the Kingdom Council of Ministers for consultation first.

The Kingdom Government can only take a decision on a new, speedy evaluation after the 2015 budgetary assessment has been concluded. After a decision is taken, a new appeal procedure regarding that decision can be started.