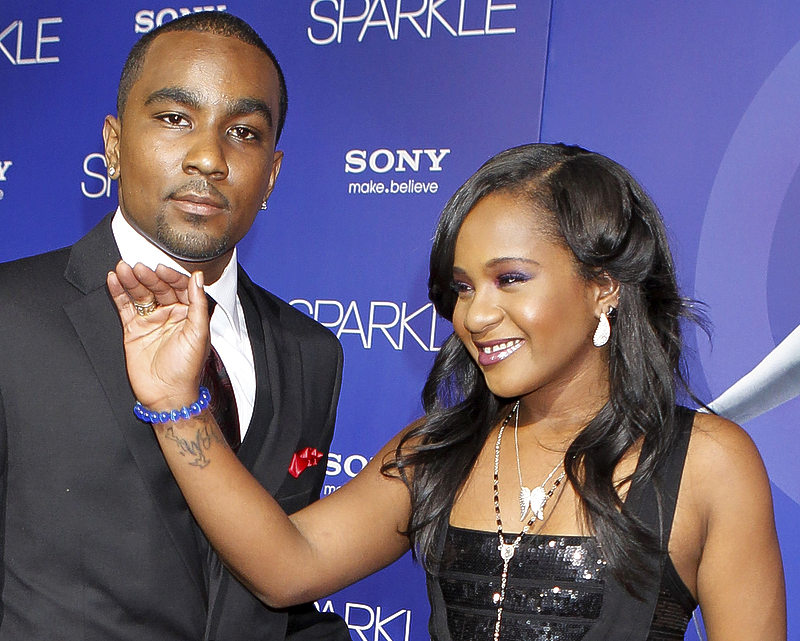 ATLANTA–The boyfriend of Bobbi Kristina Brown said on Wednesday he tried to revive her after finding her in a bathtub last year in an incident that recalled the death of her mother, singer Whitney Houston.

Nick Gordon also said Brown, who died in July 2015 at the age of 22 after suffering irreversible brain damage, became addicted to drugs after Houston’s death in 2012.
Gordon, 26, denied responsibility for Brown’s death in interviews with the Daily Mail online on Wednesday and with U.S. television personality Dr. Phil to be aired Thursday and Friday. He said the couple had gotten into a fight the night before Brown was found in January 2015 and that when he arrived back at the Atlanta home they shared, she had been drinking and was  “messed up.” They later made up and Gordon went to play a videogame.
A friend who was staying at the house later found Brown in the bathtub, Gordon said. “I ran to my room and then I saw my girl on the floor,” Gordon told the Daily Mail online. “It was so traumatizing. I dropped to my knees and kept giving her chest compressions and blowing into her mouth.”
Gordon said Brown spat up some water. “I thought she was going to come round but that never happened,” he said.
An autopsy could not establish whether the death ofBrown, the only child of Houston and R&B singer Bobby Brown, after six months in a coma was accidental or intentional. It found she had cocaine, marijuana, alcohol and anxiety medication in her system and that her face had been immersed in water.
In a 2015 civil lawsuit filed by the conservator of Brown’s estate, Gordon was accused of causing her death and stealing from her bank account while she was in a coma. Gordon’s spokesman has called the lawsuit “slanderous and meritless.”
Gordon told Dr. Phil that Brown smoked marijuana socially before her mother died but that her drug use increased after Houston drowned in a Beverly Hills hotel bathtub in 2012. “It’s unfortunate but at the time, that’s kind of the only way we knew how to deal with what had happened,” Gordon said, according to advance excerpts of the TV interview.