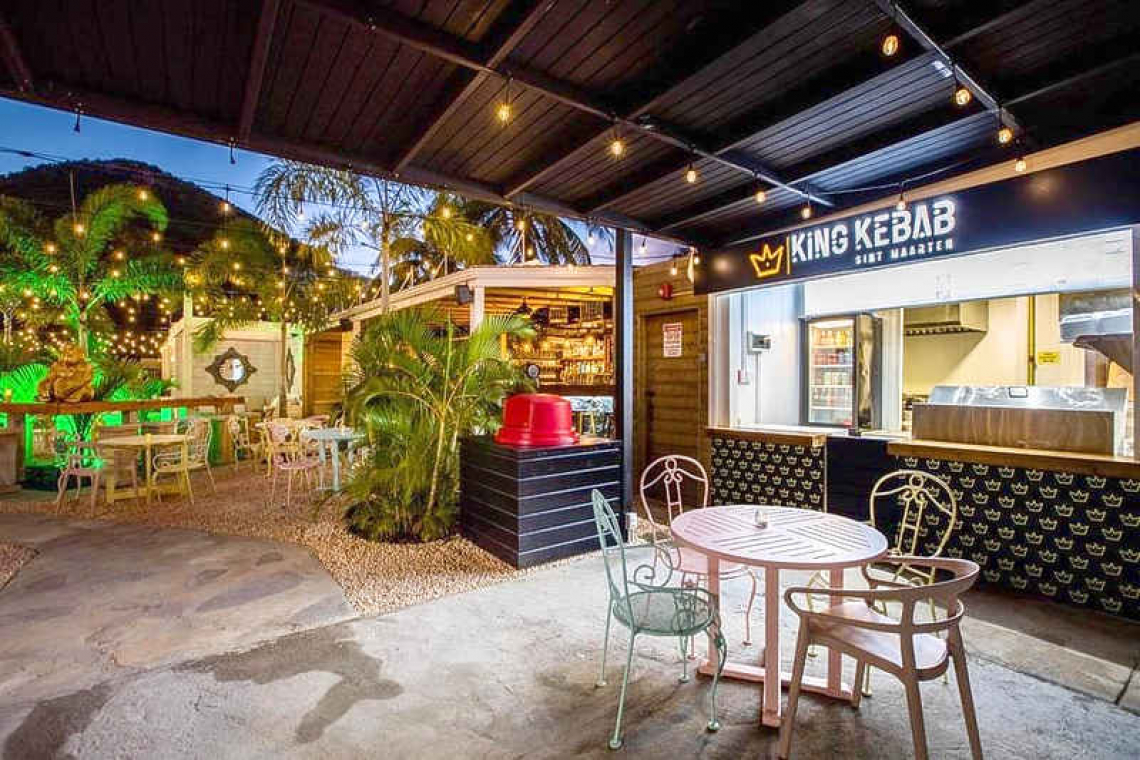 PHILIPSBURG–On the prosecutor’s recommendation, the judge in the Court of First Instance on Thursday scratched the fines issued to District 721 entertainment establishment investor Mario Di Palma and operator of a kebab restaurant on the premises Mohamed Ahmad for operating without a licence and other charges. One day later, Minister of Tourism, Economic Affairs, Transport and Telecommunication (TEATT) Ludmila de Weever gave permission “by way of a waiver” for a “conditioned reopening” of the establishment, attorney-at-law Peggy-Ann Brandon said.

The charges against the two businessmen were brought by the Prosecutor’s Office after TEATT Ministry inspectors issued fines of NAf. 900 and NAf. 300, respectively, on January 14.

That same day, following checks of the toilets that had to be equipped with extractors, without prior notification of alleged violations and “with great display of power” by the police and TEATT officials, the company was closed down.

Di Palma was fined for playing music or providing entertainment without having a permit to do so. Inspectors also stated that another business than permitted by the minister was carried out in the establishment and that the establishment had been rebuilt or reconstructed without notifying the minister in writing. Ahmad, who operates King Kabab restaurant at District 721, was charged with operating his business without a licence.

As both businessmen did not pay the fines that were handed to them by the inspectors, their cases were brought before a judge. They did not appear in court on Thursday to plead their cases, but Brandon spoke on their behalf. The lawyer pleaded with the court to declare the Prosecutor’s Office’s cases against her clients inadmissible, or to acquit them of all charges.

Brandon claimed that not her client De Palma, but the company Docta Catering NV should have been summoned to appear in court. In the other case she pointed out that King Kabab should not be considered an independent business, as Docta Catering holds a licence for the sale of food and drinks at the establishment on Welfare Road.

Brandon further explained that Ahmad is an employee of Docta, not one of its directors, and that he operates King Kabab on Docta’s behalf.

She said that by ministerial decree of April 3, 2014, economic and operational licences were granted to Docta Catering for the operation of a bar, restaurant and/or nightclub and catering services, as well as for the organisation of revues, shows, musical performances and dancing.

At District 721, Docta offers food of different international cuisines, one of these being Middle Eastern restaurant King Kabab.

Despite holding licences to operate a bar, restaurant and nightclub, and payment of fees being up to date, the establishment was “constantly harassed” since opening in mid-December 2020 under the pretext of things not being in order.

Lawyer Brandon stated that it must be unambiguously clear from the summons which accusation one has to defend him- or herself against, and that it is not sufficient to merely repeat the legal description of the offence.

“No further explanation has been given as to which ‘side business’ it specifically concerns, nor has it been made clear to which ‘rebuilding or reconstructing establishment’ the Prosecutor’s Office refers,” she said about the summons. “Where reporting officers should have specifically referred to facts, the accusation has been taken over indiscriminately from the National Ordinance.”

Brandon stated that also the playing of loud music could not be proven, as District 721 holds licences under which the playing of music at a maximum level of 60 decibel is permitted.

The prosecutor agreed with the defence that the information provided by TEATT inspectors was insufficient to consider the charges proven. The judge agreed and decided to tear up both fines.

“We had no more information than was written on the ticket. We will certainly discuss this with the TEATT inspectors,” Chief Prosecutor Mirjam Mol informed The Daily Herald.

District 721’s owner Di Palma alleged that the harassment of District 721 was being orchestrated by TEATT Minister de Weever, who is the neighbour immediately to the left of the establishment. According to him, the minister had an issue with the volume of the music the establishment plays for its customers and he believed she was abusing her power to force him to fold his operations, which would cause him to lose his US $1.2 million investment.

The establishment that was based at the location prior to its being occupied by the Di Palmas was destroyed by Hurricane Irma in September 2017. Over the past year, Di Palma took over from his father, and accelerated the construction work, eventually reopening Docta Catering, doing business as District 721, two months ago.