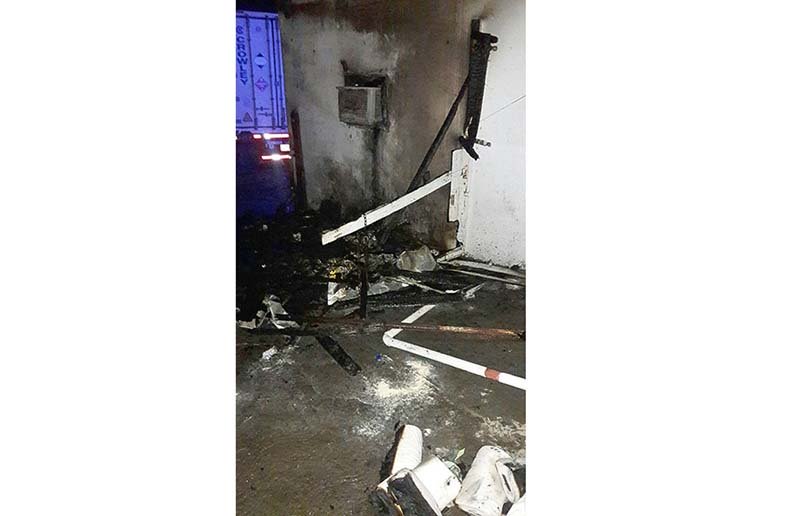 ST. EUSTATIUS–Two laptops, a fax machine, a printer and 17 packs of kitchen paper were destroyed when a fire, believed to have been intentionally set, ravaged the interior of Happy City in Perweg on Sunday, August 27, at approximately 4:00am.

The fire is believed to have started in a trash can outside after which it spread through an air-conditioning unit to the rear room where residents slept. No one was hurt.

Senior Police Officer Robelto Hodge told The Daily Herald that it was not immediately clear how the fire began so authorities returned to the scene of the fire the following day on Sunday and examined the images on the security camera, where it became clear that the fire had been intentionally set.

According to a reliable source family members of establishment’s owner were riding around the island searching for the person whom they believed were responsible for the fire. Earlier in the day, the person had a confrontation with the business owner. The family members met up with their intended target, but the person managed to run away, before the family members could reach him.

The police had not arrested anyone related to the fire up to 12:00noon on Monday.