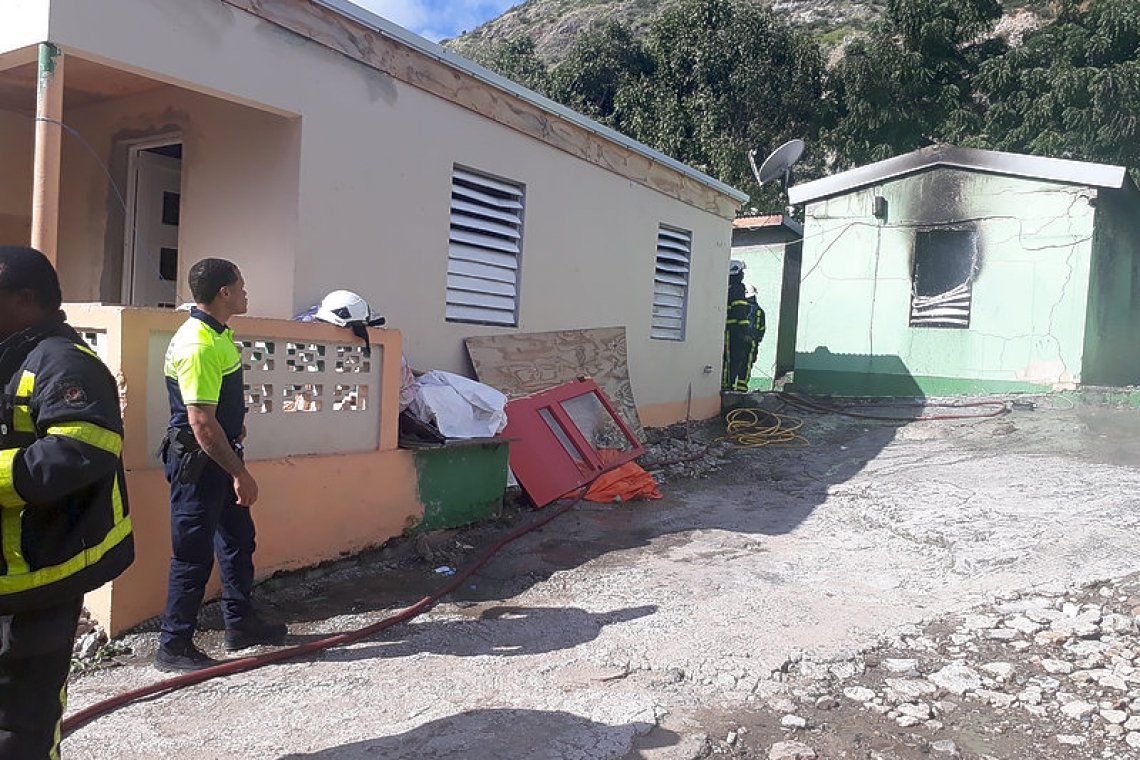 Firefighters on the scene of the apartment fire.

FORT WILLEM– An apartment in Fort Willem was destroyed on Saturday by a fire believed to be electrical in origin.

A police press release stated that the central dispatch had directed the police and the Fire Department to Fort Willem around 10:00am Saturday for the fire.

On the scene, police encountered “a small apartment” on fire and a nearby apartment in danger of being damaged by flames. The Fire Department was already on the scene, busy battling the blaze to extinguish the fire and protect the second apartment from being engulfed in flames.

Police said the fire was extinguished quickly and “it was later ascertained from the personnel of the Fire Department that the cause of the fire was most likely electrical.”

A resident in one of the apartments suffered from smoke inhalation and was treated at the scene by paramedics and transported to St. Maarten Medical Center (SMMC) for observation.

The police said the investigation into the cause of the fire is still ongoing.