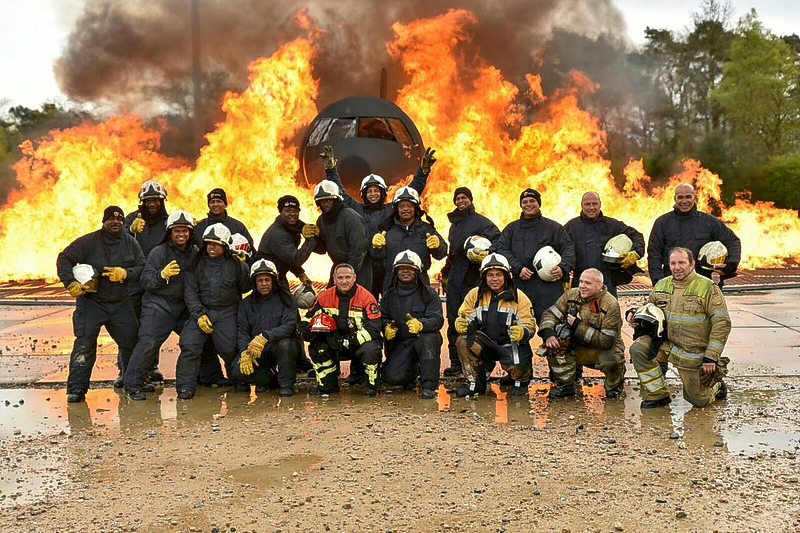 SABA/ST. EUSTATIUS–In order to ensure that all fire fighters perform their job well and safely, the Caribbean Netherlands Fire Department BKCN has invested a considerable amount of time and money in professionalising its staff. To this end, BKCN started a shift leaders’ training course in January.

Eleven participants from the Caribbean Netherlands are taking the training course: seven from Bonaire, three from St. Eustatius and one fire fighter from Saba. The training is organised by BKCN under leadership of Julius Melaan, in cooperation with firefighting training institute BOGO in the Netherlands, and supported by BKCN instructors.
The course is considered one of the toughest and most difficult training courses in terms of professional subject matter within the Fire Department. BKCN chose Europe for the practical weeks because there are insufficient appropriate training facilities in the Caribbean region for shift leaders to train properly under realistic conditions.
This is why 11 participants in total and five BKCN instructors went to Training Base Weeze in Germany, just across the border near Venlo in the south of the Netherlands, for two intensive weeks.
Weeze used to be an old English airbase with accompanying village, which was converted into a realistic training centre for emergency services. Fire departments can train there under controlled conditions in all kinds of buildings with real fires and smoke. This is considered a unique opportunity for participants to train and acquire extra practical experience in a real-life environment.
BKCN is not only responsible for regular duties, but also for aircraft rescue and firefighting on all three islands. Airplane firefighting was being exercised in the training centre of the Royal Netherlands Air Force Fire Department at Woensdrecht airbase during the last two days. This also involved realistic exercises with fire and smoke in airplanes and helicopters.
BKCN chose to invest extra in professionalism and experience of participants in view of the relatively small number of incidents in the Caribbean Netherlands and the shift leader’s responsible task. After this practical experience, participants are extra prepared for their future duties, Government Service Caribbean Netherlands RCN said Friday.
The practical examinations will take place on St. Maarten at the end of May. This is followed by Technical Assistance and Accidents with Hazardous Materials modules, subsequently followed by the Shift Leader-Aircraft Rescue and Firefighting training course, which is also required in order to be appointed as shift leader.
A shift leader is in charge of the pumper and support vehicles. Shift leaders and their unit are the first members of the fire department to arrive at the scene of an incident and must be able to assess the situation quickly and independently, make a safety assessment, and subsequently determine the first fire department deployment. Being a shift leader is considered a heavy and challenging responsibility, RCN stated.