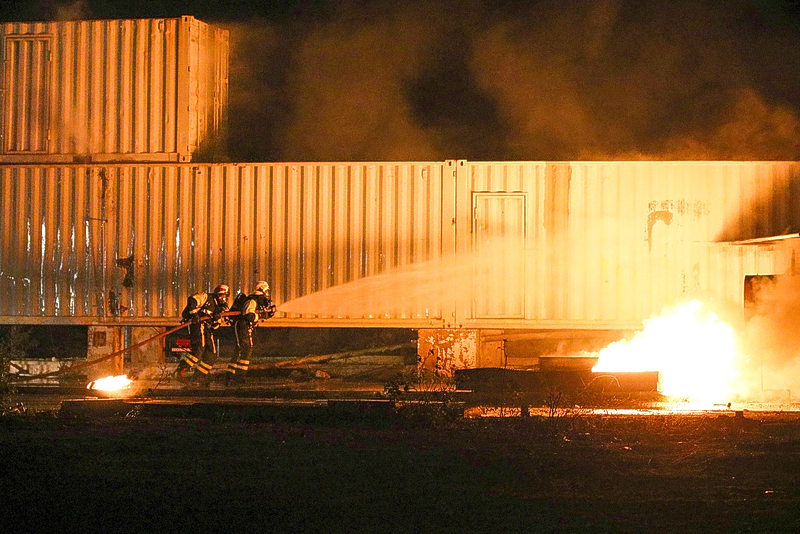 Four shift leaders and three officers from Bonaire, and one shift leader and two firemen from Statia participated in this physically demanding training exercise. A total of 10 participants and three fire engines were deployed.

The training exercise was very realistic with fire and smoke in an airplane during evening hours. To this effect a training object was constructed at BIA consisting of containers and other materials to imitate the fuselage of an airplane.

The exercise for instructors comprised a total of nine days of training, one of which was devoted to theoretical subjects.

During the simulation, emphasis was also placed on cooperation with other emergency services, such as the Red Cross, the ambulance department, the Police and the Royal Netherlands Marechaussee.