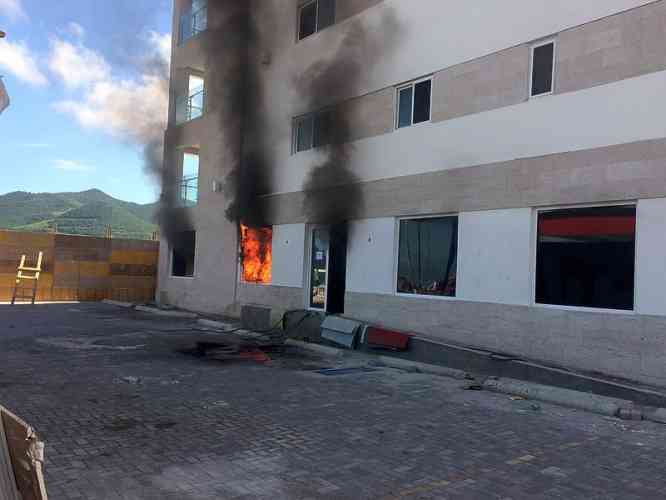 SIMPSON BAY–Firefighters and paramedics were directed to a construction site next to the Texaco gas station on Airport Boulevard after reports of an explosion taking place in the building. One man was injured during the blaze, according to police.

Firefighters got to work quick and managed to out the blaze before it spread toward the rest of the building. The building is expected to house the new sub-station for TelEm Group and Princess Juliana International Airport administration offices.

The victim was treated on the scene by paramedics and did not require further medical attention. The cause of the explosion is being investigated by the Government Safety Inspection Department. Workers were seen salvaging most of the office equipment from the ground floor while the contractor measured the damaged done by the blaze.