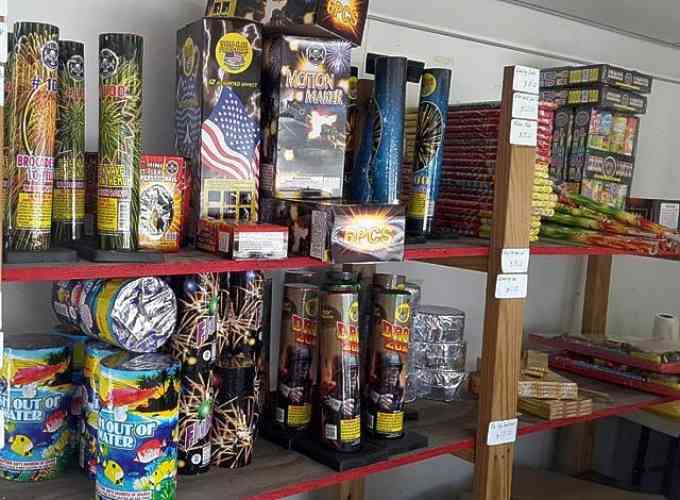 PHILIPSBURG–Firefly Family Fireworks, which has been engaged in the import and distribution of fireworks since 2011, said on Monday that the country’s fireworks ordinance, which will be up for review soon, is outdated.

The ordinance and “the incorrect interpretations” of it cause “quite a bit of confusion” for companies operating in the sale of consumer fireworks, particularly when it seems the goal posts keep moving year after year with no provided reasoning, it was stated in a press release.

According to Firefly Family Fireworks, in 2012 “repeaters” (cakes) were not allowed to be sold, but in 2014, they were allowed for import and distribution. Similarly, in 2012 the 16,000 shot rolls were not permitted for import and sale, but in 2016, it was permitted to order and sell these fireworks. Firefly said there seems to be a general lack of knowledge when it comes to fireworks, and this is one of the primary factors behind the confusion within the local industry.

The company cited incidents where inventory had already arrived on island and “was suddenly disallowed” by the Fire Department. It must be noted, Firefly said, that the United States “will never ship anything without having seen a valid import permit for the order of consumer fireworks.” Yet on more than one occasion, the local fire chief insisted that the items in question were pyrotechnical fireworks, based on their size, despite seeing that the label clearly stated “consumer fireworks.”

“These inconsistencies are not restricted to just the products being imported and sold. They extend to the storage, display and on-site security of the containers housing the fireworks,” it was stated in the release. In 2013 and 2014, the Fire Department “demanded” that sand be placed around the sides of the container, ignoring Firefly’s objections due to the cost involved and the fact that it is not stated in the ordinance that sand is required. Nevertheless, the company complied with the new restriction. In 2015, the company was informed that after having consulted the fireworks ordinance, it was apparent that sand was not required.

“To complicate matters, the ordinance in its current form contains contradictory information, which contributes to the confusing and frustrating interactions between companies, government and the Fire Department each year.”

The current ordinance, for example, forbids importing fireworks with an explosive capacity of more than 40mg, while the worldwide standard for a firecracker is an explosive capacity of 50mg, which makes it impossible for any company to comply with the ordinance’s limitation. “This inaccurate information should be updated to reflect the global reality in any revisions made to the ordinance.

In addition to this, Firefly has made every effort since 2011 to submit their permit request early for the right to import and sell fireworks, often providing their application by April in preparation for December sales. This is significantly ahead of the three-month gap between the request and the start date for a permit that is noted down in the law. However, Firefly has encountered significant delays with the permit process each year. This frustration is only worsened by the discrepancies that pop up once the permit is granted and impact the company’s ability to properly conduct business.”

Firefly Family Fireworks said despite meeting with Prime Minister Leona Romeo-Marlin to convey their concern regarding the import and sale of fireworks for the New Year’s celebration 2018/2019, they were informed by mid-November 2018 that fireworks shooting into the air going higher than five meters would not be allowed to be imported and sold. This, they said, was in complete contrast to previously granted permits.

“Firefly has always advocated for a safety-first approach and in no way attempted to circumvent the rules or avoid restrictions that are currently in place for the import and sale of fireworks. However, the company cautions that there must be consistency with regard to enforcing said rules and restrictions.”

Firefly Family Fireworks said also that information reported from the Fire Department on December 29, 2018, in The Daily Herald that a company had submitted a request for the import and sale of fireworks but “did not complete the process,” was incorrect, as Firefly had submitted all necessary documents months in advance. However, due to the restriction of importing fireworks shooting more than five metres in the air, the company decided to abandon the request. Firefly has all documents stamped and dated by the Fire Department, contradicting the December 28, 2018 statement.

“It must be noted that despite Firefly not receiving the permit to import and sell fireworks, the sky on New Year’s Eve 2018, above St. Maarten was lit up with many beautifully-coloured fireworks, which begs the following questions: How did these fireworks get here and who was selling them?

“The news that they were bought on the French side of the island was fake. The French side cannot import fireworks, only sell. Did the authorities pursue the illegal import and sale and what was the outcome of this? Can the Government provide us with the amount of times that the Fire Department had to respond to fires caused by fireworks between December 29 and 31, 2018?”

Firefly said on numerous occasions they offered to be part of the review regarding the fireworks ordinance, as one of the main stakeholders in the industry. “The company reiterates that it is not opposed to regulations but these must be based on accurate information and backed by consistent practices.”