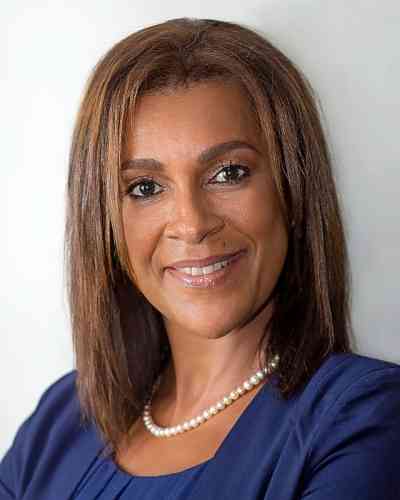 ~ Potential for growth at USM, NIPA ~

PHILIPSBURG–The first draft of the higher education ordinance is available and is in the process of being finalised, Education Minister Jorien Wuite told Members of Parliament (MPs) while giving an update on the document during a meeting of the Central Committee of Parliament on Monday.

She also presented figures that she said show there is potential for growth in the student populations at University of St. Martin (USM) and National Institute for Professional Advancement (NIPA).

Wuite said the draft ordinance is “advancing rapidly” and informal consultations with stakeholders will start by the end of March. The document will then be vetted by the Legal Affairs Department and the Council of Ministers will then make a decision on the draft.
Formal consultations will then be held with stakeholders such as USM, American University of the Caribbean (AUC) School of Medicine and Social Economic Council SER, following which Legal Affairs will conduct its final vetting of the draft and the document will go back to the Council of Ministers for decision-making. The draft will then be sent to the Council of Advice before it goes to Parliament for debate. Wuite said the draft is “on track.”

“Due to the acute crisis and intensified risk of USM, it was recognised that it was necessary to fast-track the completion of the higher education ordinance, as this law would create the necessary justification for sustainable and long-term funding for USM as the most prominent institute for higher education on our island,” Wuite told MPs during her opening remarks at the meeting.

“In addition, it is also more widely recognised that through the passing of an ordinance for higher education government confirms its position that institutes of higher learning can be seen as opportunities for economic diversification and less vulnerability to our single-market tourism-based economy.”

The finalisation of the ordinance on higher education is one of the conditions in a memorandum of understanding (MOU) signed between the former National Alliance-led Government and USM last year in an effort to keep the doors of the university open. In the MOU, government committed to making the ordinance on higher education available during the second half of this year. The MOU also outlines agreements with respect to financial audits and extra subsidy for USM for four months, amongst other things.

Wuite said that while government has been adhering to its end of the agreement, there have been some delays on the part of USM. In responding to questions from MPs, she said Government has made the agreed four additional payments via incidental subsidy to USM as stipulated in the MOU.

The start of the financial audit of USM that Government Accounts Bureau SOAB had been contracted to execute experienced a six-week delay due to “challenges” in receiving financial data from USM. The process finally began last week with a site visit.
Additionally, Government has not yet received USM’s 2016 financial reports and USM is yet to present its year plan and budget for 2018 and 2019 as well as its subsidy request.
During the meeting Wuite delivered a PowerPoint presentation in which she outlined a number of areas related to education and higher education in particular.

Potential for growth
She said annually roughly 8,000 children are enrolled in schools in St. Maarten, a little over 3,000 of whom are in secondary education. Approximately 700 graduate annually from secondary school, of whom 55 per cent are from vocational education and 45 per cent from academic levels, an improvement from 2013 when there had been 57 per cent graduates from vocational streams and 43 per cent from academic streams.
About 245 students enrol in NIPA and about 150 in USM annually. Wuite said there is potential for growth in the student population at both institutions, as 700 students graduate from secondary schools in the country annually and not all go abroad to pursue tertiary studies.

“The higher a person’s education, the bigger the likelihood that they are (and will stay) employed,” Wuite said adding that the biggest challenge is to create sustainable job opportunities with better pay, hence create better education opportunities.

She said six key issues for St. Maarten are to tie the economic growth agenda and the needs of the labour market directly to the educational agenda for higher (tertiary) education; accept the realities for the level of ambition when focusing on the role of education; attract more foreign students; be willing to invest and pay the core cost for higher education until a maximum percentage; organise quality assurance through specialised agencies/organisations to maximise international quality assurance; and open up the system for a well-known foreign public institute in St. Maarten.

March 4, 2021
0
A member of the CPS Vaccination Team inoculating a person who had registered for their COVID-19 vaccine.  ~ Seniors, persons with underlying conditions eligible ~ PHILIPSBURG--Due to the fact that an unexpected number of people did not show up for...
Read more 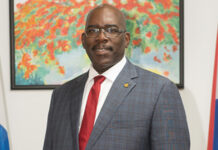 March 4, 2021
1
The tug boat (right) shortly before the sinking.  POINTE BLANCHE--A tug boat pulling a barge with heavy machinery sunk in the waters off Pointe Blanche...

March 4, 2021
1
The tug boat (right) shortly before the sinking.  POINTE BLANCHE--A tug boat pulling a barge with heavy machinery sunk in the waters off Pointe Blanche...