Home Local News First flights to and from new passenger terminal | THE DAILY... 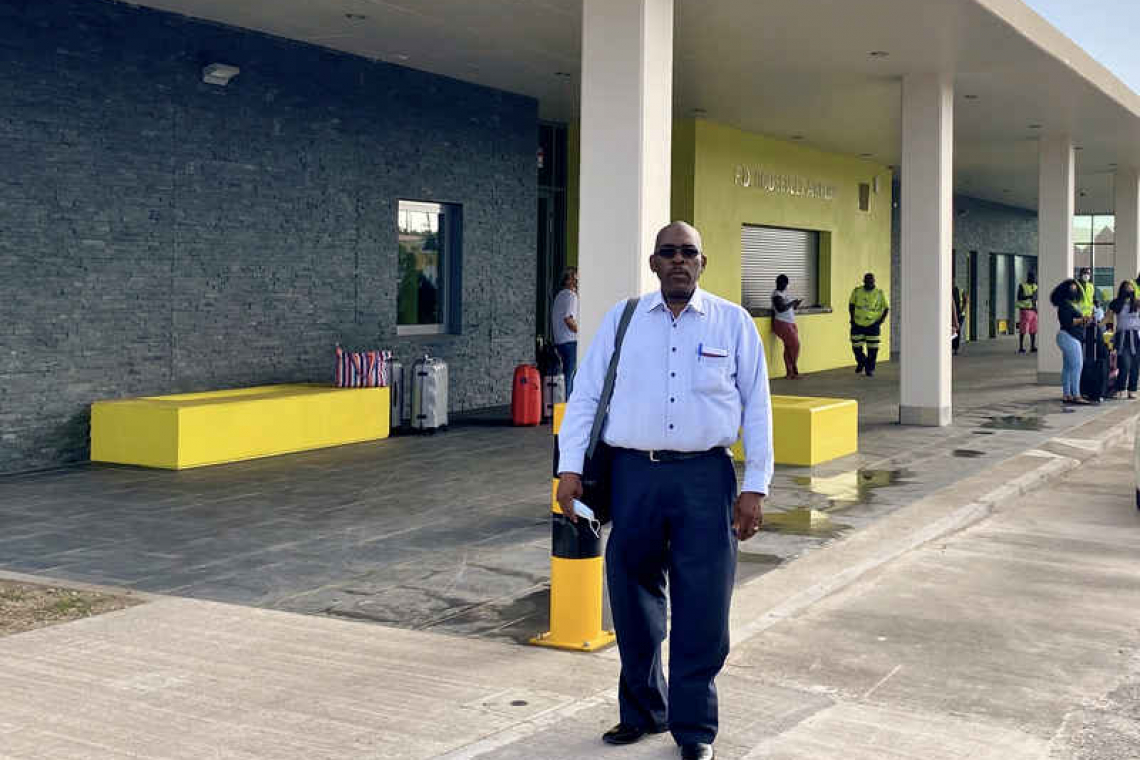 St. Maarten’s Minister of Education, Culture, Youth and Sport Rodolphe Samuel was the first passenger to step outside the new terminal at F.D. Roosevelt Airport in St. Eustatius on Saturday, June 19.

A passenger checking in for the first Winair flight from the new airport terminal.

Airport Manager Darren Wilson and project manager for new terminal Maldwyn Timber, who also works for the Economy, Nature and Infrastructure (ENI) Directorate, were both on hand to make sure this soft opening of the new terminal took place without any problem.

The passengers arriving from St. Maarten were excited to be the first to arrive in Statia and be part of the transition to the new airport.

“It is awesome to be on this first flight out of Statia through the new terminal. The airport is beautiful and the check-in and security functioned perfectly,” said long-time Statia resident Marianne van der Reest, who departed for St. Maarten.