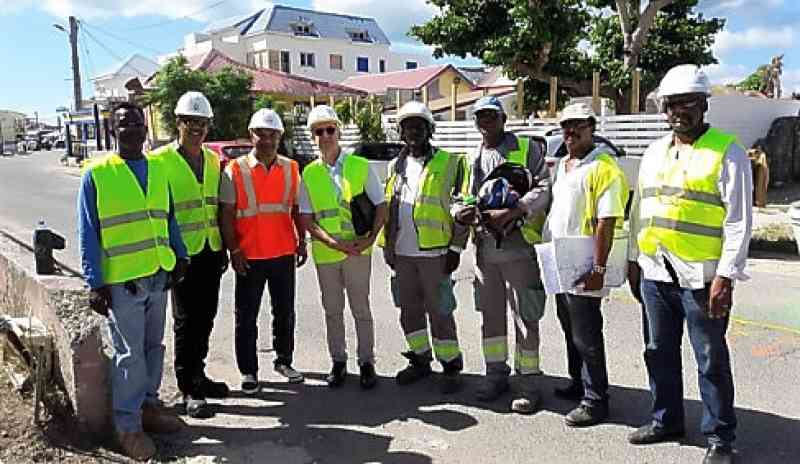 MARIGOT–President of the Collectivité Daniel Gibbs was in Grand Case on Wednesday at midday for the launching of the first phase of laying electric cables underground by Electricité de France (EDF) accompanied by a symbolic wielding of a pickaxe to start the first trench.

The brief ceremony on the Boulevard was attended Préfet Philippe Gustin, the State delegate for reconstruction of St. Martin, and Director of EDF St. Martin, Elio Gumbs, who is supervising the site.

President Gibbs has insisted the territory benefits from a total burial of electricity networks (and telecommunications) within 18 months from now. He praised the commitment of EDF Guadeloupe whose electricians have been working tirelessly in St. Martin since the passing of Hurricane Irma. They have been working on rehabilitating the electrical networks and burying cables.

The first phase of burying electrical cables is taking place in Grand Case but it will spread to the whole territory. Having 100 per cent of electricity networks underground is an integral part of St. Martin’s reconstruction, and represents a guarantee of service for users, particularly in the case of another natural disaster.