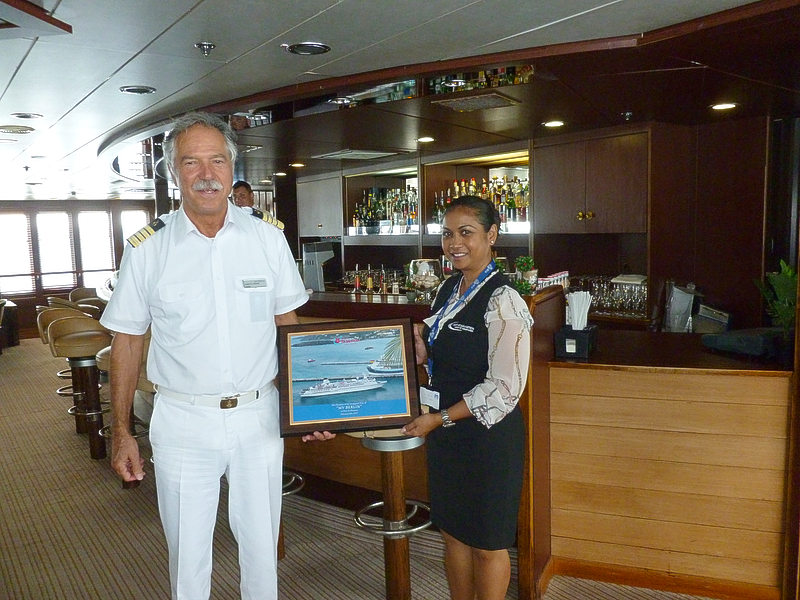 Described as a small classic cruise ship, MS Berlin made its inaugural call to Port St. Maarten on Wednesday on its way to the Mediterranean Sea after spending two months homeporting out of Havana, Cuba. Captain Alberto Tarozzi was welcomed by Port representative Ichel Moeslikan on behalf of Government and the Port. Representatives from the ships agent S.E.L. Maduro and Sons were also present for the traditional plaque exchange which was then followed by a tour of the vessel. MS Berlin’s last port of call prior to St. Maarten was Amber Cove, Dominican Republic. The vessel offered one-week cruises out of Cuba and the majority of the year it sails throughout Europe. The majority of passengers are Germans and nationals from surrounding countries. 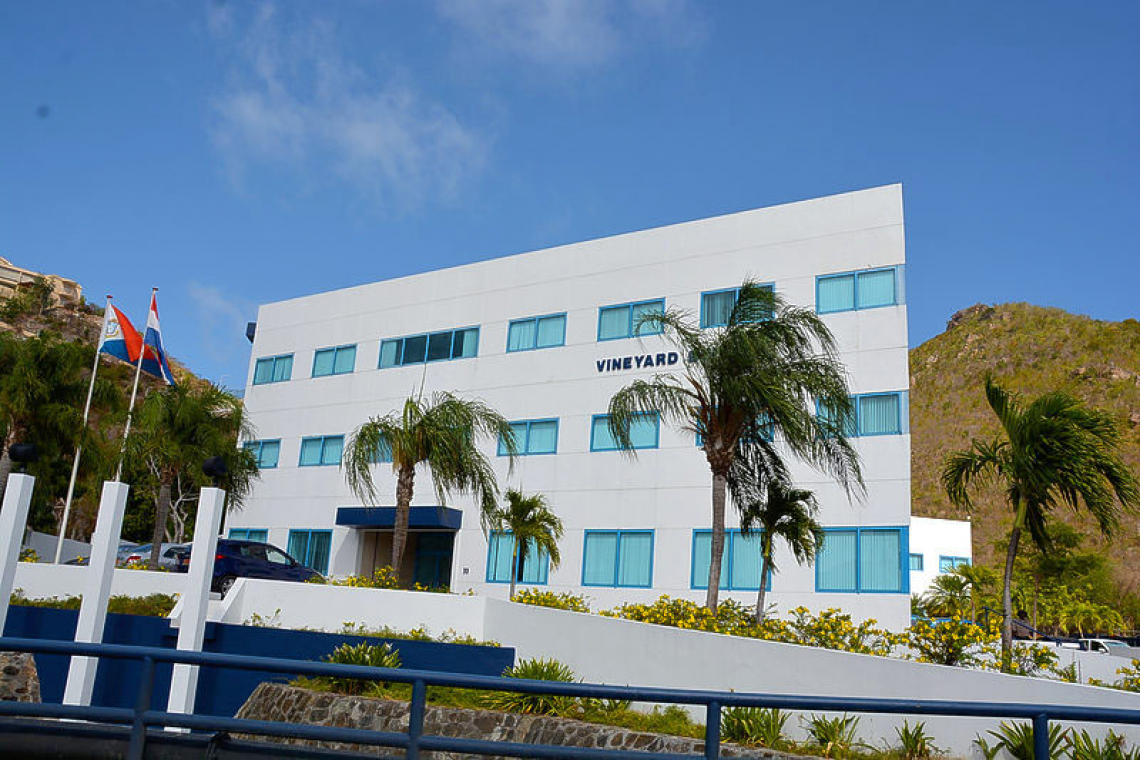