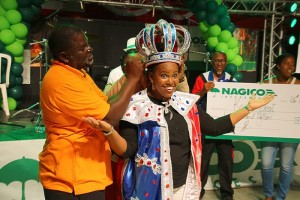 PHILIPSBURG–The Nagico Senior Calypso Finals was held on Monday evening and saw the first woman crowned as the 2016 Calypso Queen. In Carnival history a woman has never been crowned as the winner until Shakiya came along and changed the face of carnival during the high caliber performance. Kiaso Brat missed the crown by just one point and clinched the first runner-up position while Fish da Mega Boss came in third place.

Besides attending the show to hear great calypso and social commentary, Calypso lovers got the opportunity and won great prizes courtesy of NAGICO. Performers of the night were; “Empress Zee, King Baro, D’ Monitor, Lady Upsetter, Baker Jr, Mighty Pepper, Shakiya, Kiaso Brat, The Wizzard and Fish da Mega Boss. The show was hosted by Fernando Clark who entertained patrons the entire night. NAGICO management presented checks to the winner and the two runner-ups after the show. Besides the cash prizes from Nagico, the winner, first and second runner-up also won round trip tickets from InselAir.

First time in the Calypso Finals Lady Upsetter did not upset the crowd with her two songs during the two rounds of the competition on Monday. 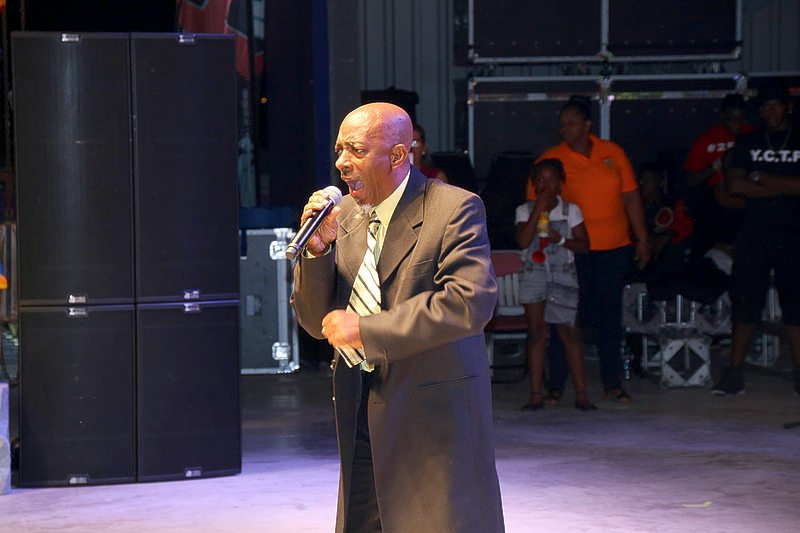 What can be described as one of the most comical moments in the show was the performance of Ant’s Nest during the first round of the show. (Andrew Dick photo)

2015 Calypso King Fish da Mega Boss performs his song, “Bandits” during the first round of the show,

Brat brought the village down with his song, Don’t give up which was to encourage a fellow Calypso singer not to give up on his dream. The crowd responded with cheers during his performance. 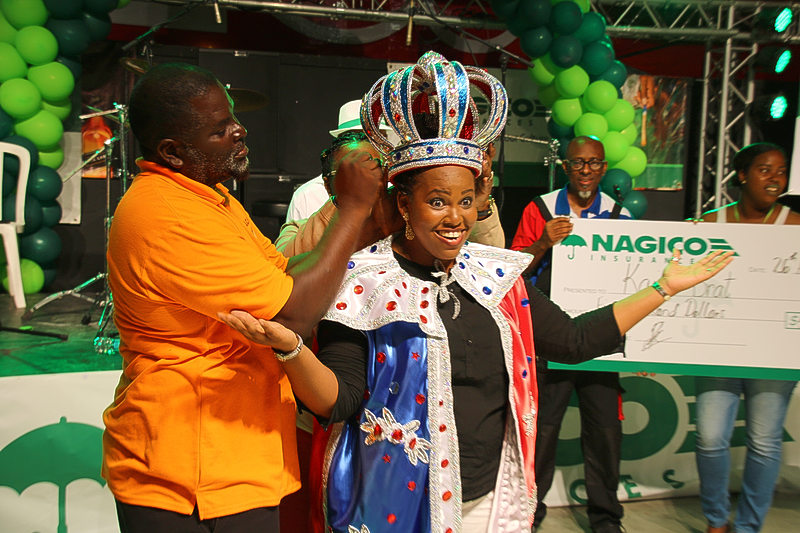 His Majesty Baker Jr. performed his heart out during the first and second round of the show.