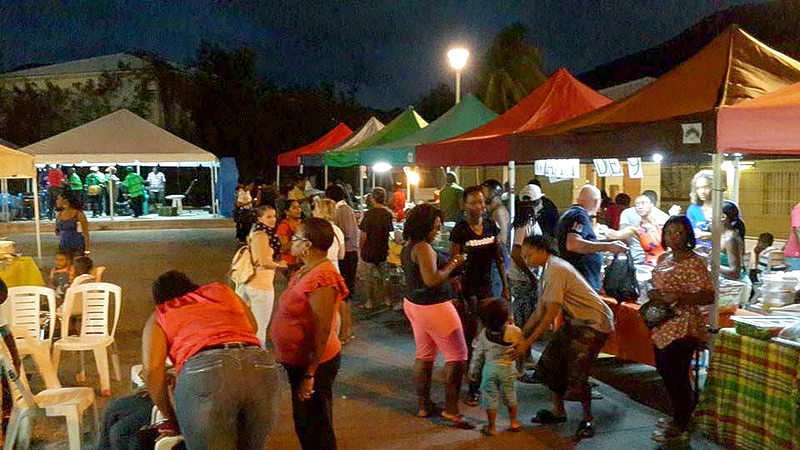 A scene at a previous event.

MARIGOT–Fish Fry Friday scheduled for this Friday, December 2, 2016, at the Lazy Bay Parking Lot in Marigot has been postponed until early next year, the main organiser of the event Jacques “Billy D” Hamlet, informed the population Wednesday.

“This cultural culinary festival is in its second year and has become one of the most popular events in Marigot but it is with deep regret that we are forced to postpone Fish Fry Friday until early 2017,” he said.

“We are well into the Christmas season and the people are preparing for the festive season,” he added. “They are not focused on Fish Fry Friday at this time.”

Hamlet, who is also the Managing Director of SOS Radio, is encouraging all those vendors who had already signed up for the event to get in contact with him at the SOS Radio studio.

“On behalf of the organisers we sincerely regret the inconvenience this postponement has caused,” concluded Hamlet