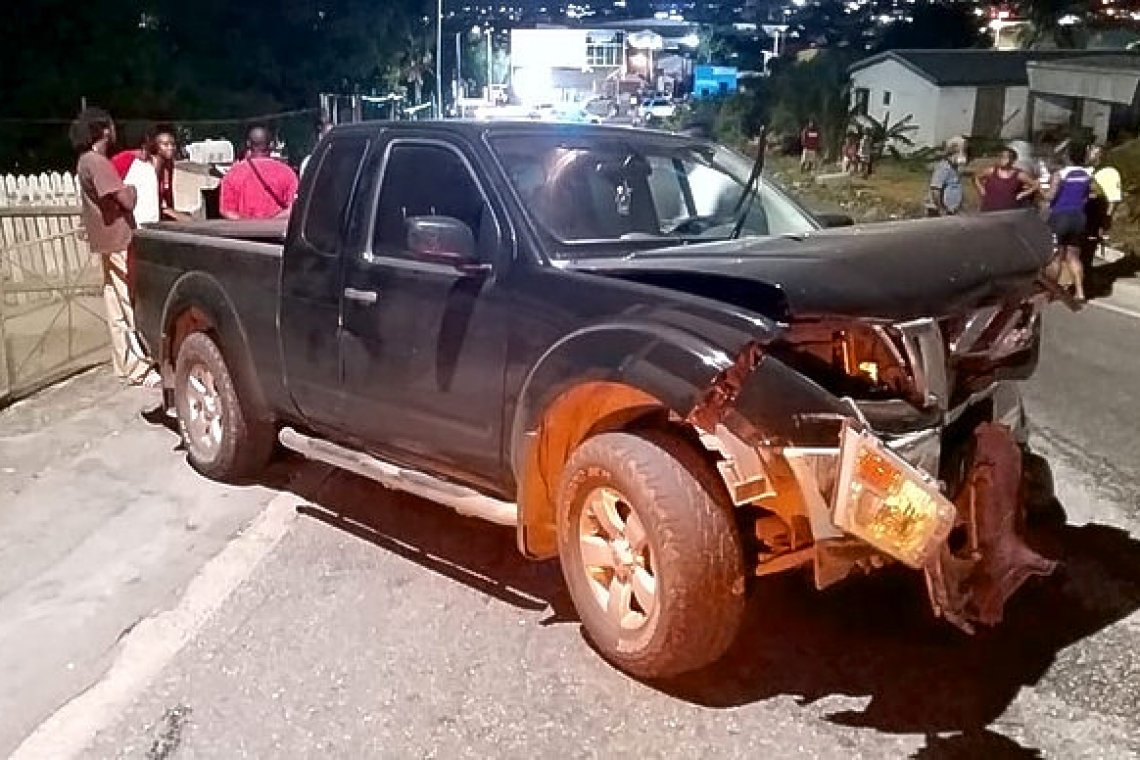 The vehicles involved in the head-on collision on Wednesday evening.

COLE BAY–Five persons, including a two-year-old, were injured when an overtaking black pickup truck collided head-on with a white sport utility vehicle (SUV) on A.J.C. Brouwer Road in the vicinity of Osbourne Kruythoff Roundabout in Cole Bay on Wednesday evening.

According to police, the pickup truck driver turned onto A.J.C. Brouwer Road after exiting the roundabout and began driving up the hill. He was overtaking another vehicle when he collided head-on with a white SUV coming from the opposite direction.The SUV’s driver and passengers, which included a two-year-old, suffered bruises and were treated at the scene by Ambulance Department personnel. The child was later taken to St. Maarten Medical Center (SMMC) for observation.In total, five persons were treated for minor injuries. The victims’ injuries were not life-threatening, said police.

The accident caused traffic to be backed up on both sides of the hill for several hours as authorities tended to the injured and conducted the investigation.“The St. Maarten Police would like to remind all road users that the road is not only your own. When driving on the public street, please drive for yourself as well as others around you. Reckless speeding and overtaking may cost you, or someone you love. Slow down, think before you act, and keep other road users in mind when using the roadways; it is in your best interest,” said police in a press release on Thursday.