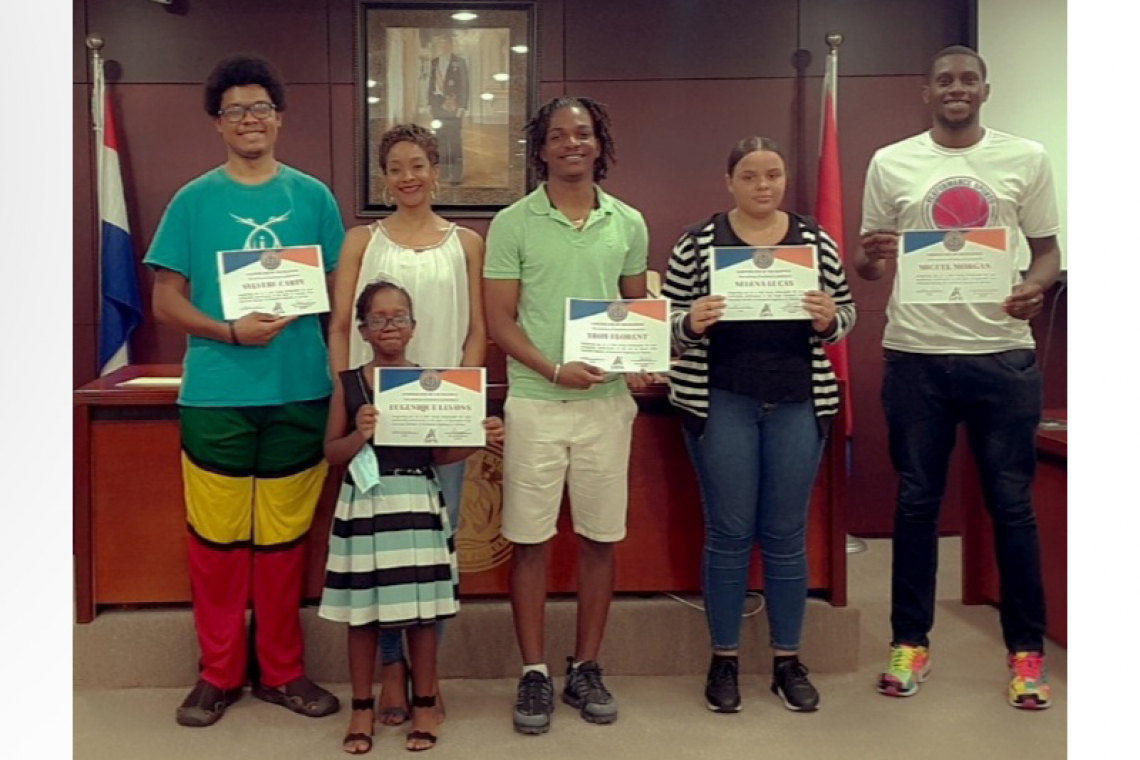 The recipients are all from National Institute of Arts (NIA) and Performance Sports Academy.

Carty was awarded for his development in the sport of capoeira. His coach Jacques Heemskerk commended him on his development in social interactions. “Sylvere has been working on his social engagement within the class and has shown more interest to learn and to interact with the other students. He has shown qualities to become a positive role model for others,” Heemskerk said.

Levons was recognised for the sport of gymnastics. Her coach, Maureen Castle, said, “Eugenique goes to class full of enthusiasm and works hard to improve her skills. She listens very attentively to her teachers and shows much respect. Her hard work paid off with her Stars Competition where she nailed all her routines.”

In the category of dance, Florent was nominated by his teacher Jonathan van Arneman, who said Florent does a good job of setting an example for the younger ones. “Although he started dance later than most of his peers, he works hard to achieve the same level of excellence and he consistently pushes himself to be his best,” Van Arneman said.

Lucas was awarded for her hard work in the National Youth Orchestra. She was described as the perfect example of commitment. Her teacher Dennis Amajan described her as a hard worker who started a new instrument two years ago from zero and indicated that her progress had reached 100 per cent. “Most of all, she is humble and works extremely hard. She is a talent to be reckoned with in the string section.”

Morgan was awarded for his performance in basketball. He is captain of the U20 team and assistant coach to the U17 team. He was described by his coach Omar Beauperthuy as a leader, a relentless hard worker, and a role model for the U17 team. Morgan currently averages 20 points per game in the U20, which is quite impressive.

National Alliance (NA) Member of Parliament (MP) Angelique Romou urged sport and art organisations to submit their nominees for the month of May 2021, as nominees are still being accepted. Romou can be reached at

The initiative is a collaboration between Romou and St. Martin Promoting Young Ambassadors Foundation. They announced the recipients of their collaborative initiative – Young Artist & Athlete of the Month Award of Excellence Program.

Using established selection criteria, Romou, trainers, teachers and coaches of the various youth arts and sports organisations along with SXM Young Ambassadors nominate individuals each month for the award.