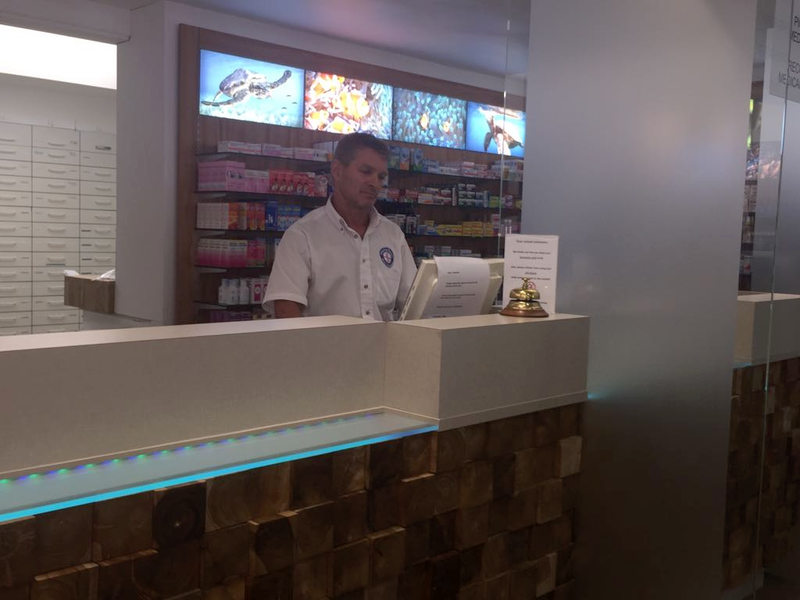 PHILIPSBURG–The Pharmacy Association of St. Maarten (PAS) has added its views to the discussion about health care reform and the draft National Health Insurance (NHI) that is currently being worked on.

PAS Chairman Dik Luttekes says the Association believes that a complete makeover of health care financing is a daring undertaking for a young government like St Maarten, which is “not strongly supported” in parliament. “It could prove to be too much to take on,” Luttekes told The Daily Herald in an invited comment on the draft NHI.

Luttekes said the PAS supported the views of the St. Maarten Hospitality and Trade Association (SHTA), which amongst other things, had suggested earlier that government postpone the implementation of NHI, develop proper data and work on its relationship with social partners, before implementing the legislation. The draft NHI is expected to be tabled in parliament before the end of this year.

Luttekes said the Association favours a reform of the current situation. “We believe that improving the current infrastructure and fixing what is broken from within, and out of learned experience from abroad on improving efficiency, reducing expenses and balancing the burden for the population, is the right starting point,” he said.

“We also understand that this [endeavour – Ed.] is politically challenging and not very sexy. To improve a situation is to admit flaws in the current operation. People would rather blame the current infrastructure or setup as the problem. At least at that point it is not personal. To make changes in the approach of problems shall be met with resistance. We know several people within the government and Social, Health Insurance SZV that will admit that internal change and a more disciplined and structural approach to improve efficiency and financed care will bring already success on multiple levels.”

Luttekes said the process of achieving nationwide health insurance requires understanding of the rationality of the various processes within healthcare. “From our perspective, this would be on matters such as whether the chosen treatment for a patient is the most beneficial, whether the prescribed medicine is suitable for the specific patient and is compatible with other medicines that he/she uses for his/her kidney function [for example – Ed]; or whether the patient will benefit more from a lifestyle change.”

“To make the right decisions education is a key element in improving healthcare. Currently, as part of a national health improvement, government and SZV are working on improving and structuring education and, therefore, quality for the various medical professionals.”
He said healthcare is subject to continuous change and, therefore, it will require regular evaluation. “We hope that technical progress will help in cost reduction for instance via telemedicine, which is theoretically very beneficial for a small remote island like ours. There can be some cost reduction in the dispensing of medicines.”

PAS would support a plan to reduce prices of generic medicines to sustainable levels. “There will probably be a sharp rise in the use of expensive medicines like oncologicals and biologicals. A clear policy in the decision process for end-of-life treatment and a rational approach in specialistic care should be developed. With current investments in improved data management and professional software for general practitioners and pharmacies, fraud and overuse of medicines will be easier monitored and might have a significant cost reduction,” he said.

“We acknowledge the positive energy and hard work of civil servants and advisors working under leadership of Minister Lee within VSA (Ministry of Public Health, Social Development and Labour) and SZV to get projects on their way to get a national health reform going. However, we also notice that in compliance with the SHTA report, that it is human to think big as the way to improve and make an impact and impression on society. However, the current proposals do not necessarily change the outdated machinery, but will hide it under new paint and façade at a huge expense without being able to judge the outcome.”
PAS urged government to “fix the machinery first” before “changing the chassis.”

“It is not sexy and impressive, but we first need the basics in order. We believe that several projects underway will benefit healthcare, reduce costs and help budgeting. Not a reform that will burden a frail economy as we have at this point,” Luttekes noted.