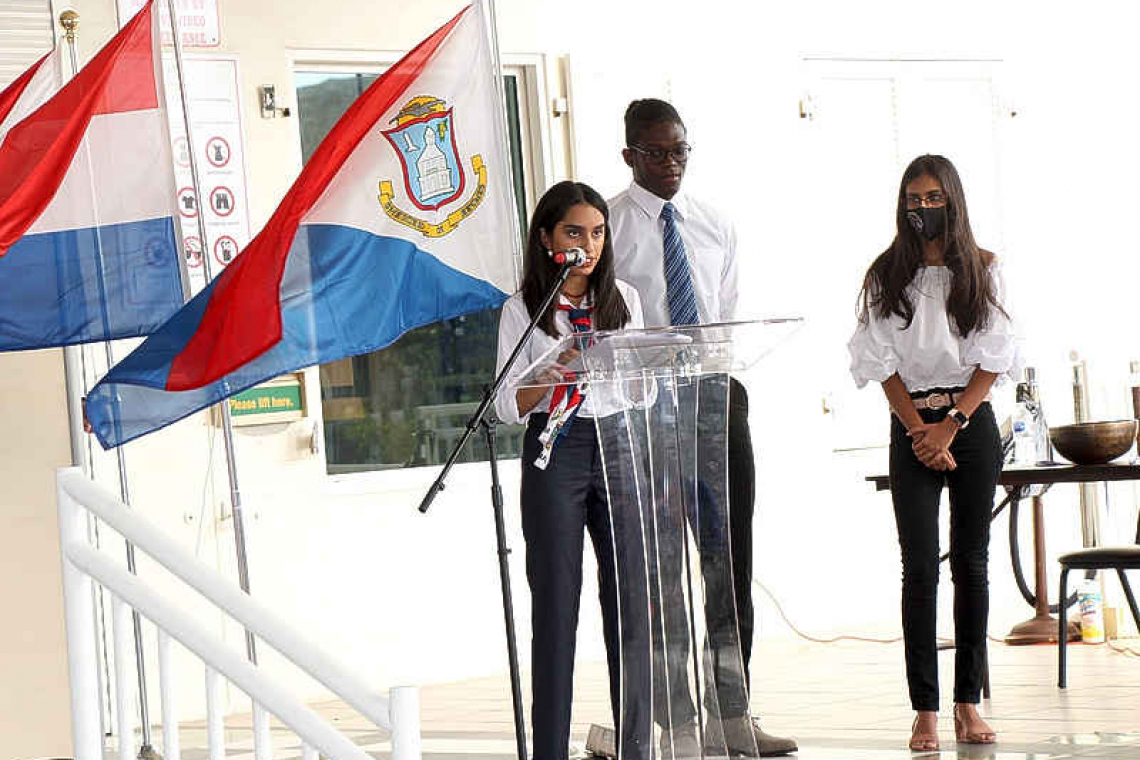 POND ISLAND–The annual celebration of St. Maarten Flag Day took place in front of the Government Administration Building on Pond Island at 6:00am on Sunday, June 13.

This year marked 36 years since the St. Maarten flag was designed by Roselle Richardson, presented by the late politician of the Democratic Party (DP) Claude Wathey, and approved and established by the then sitting members of the Island Council on June 13, 1985.

In connection with social-distancing protocols during the COVID-19 pandemic, only the Council of Ministers and invited dignitaries and guests attended the event.

Among the highlights of the ceremony were the raising of the St. Maarten flag and cultural performances by singers, musicians and dancers from several schools, including Seventh-Day Adventist School and Ruby Labega Primary School.

In the days leading up to the commemoration ceremony, Minister of Education, Culture, Youth and Sport Rodolphe Samuel had been calling on persons and businesses in the community to show their pride and patriotism by flying the St. Maarten flag on their vehicles and buildings, or wherever they deem appropriate. Apparently, the minister’s appeal was not much heeded, as there were not many flags on display.