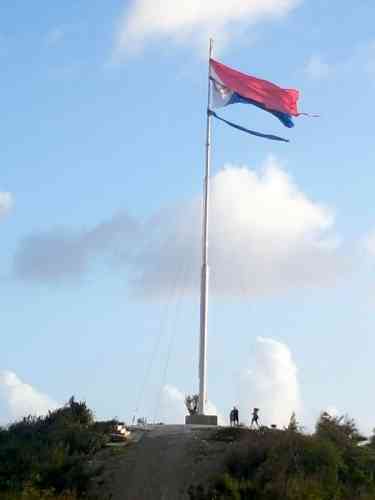 A flag will be hoisted again on the towering flagpole at Bell’s Lookout Point when a more durable one that can withstand the strong winds on Cole Bay Hill and sufficient lights are installed to properly illuminate the national symbol in keeping with the country’s flag protocol, said Prime Minister Leona Marlin-Romeo.

The flagpole has been bare since early February when Government took down the wind-shredded flag (seen in photo). The lookout-point and flagpole were created by former Infrastructure Minister, now Member of Parliament-elect Christophe Emmanuel after Hurricane Irma. His goal was to instil national pride.