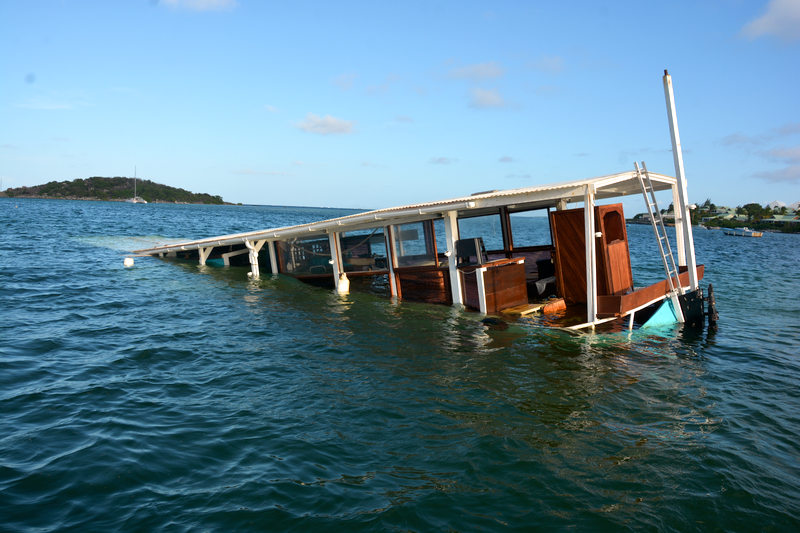 MARIGOT–A vessel that appeared to be a floating restaurant sank in the bay of French Cul-de-Sac over the weekend.

Photographs of the partly submerged vessel showed some of the letters forming “La Peniche” on the bow, however, the name of the sunken vessel could not be truly confirmed on Sunday, neither could the cause of the sinking be determined, nor the time it went down.

It was not known if anybody was on the vessel at the time of the sinking. Réserve Naturelle Director Nicolas Maslach indicated that if it was “La Peniche”, this was a floating restaurant formerly owned by Marco from Yellow Beach on Pinel Island. He added he would be monitoring the situation today for any pollution from the vessel.

A representative of a Dutch-side based salvage company was aware of the vessel sinking, but did not confirm the name of the vessel. He indicated the owner is presently in France, and the vessel is not insured. He added he would have more information today.

French-side sea rescue service SNSM and the Gendarmerie were both unaware of the incident.