Home The Daily Herald Food For The Poor reaches milestone 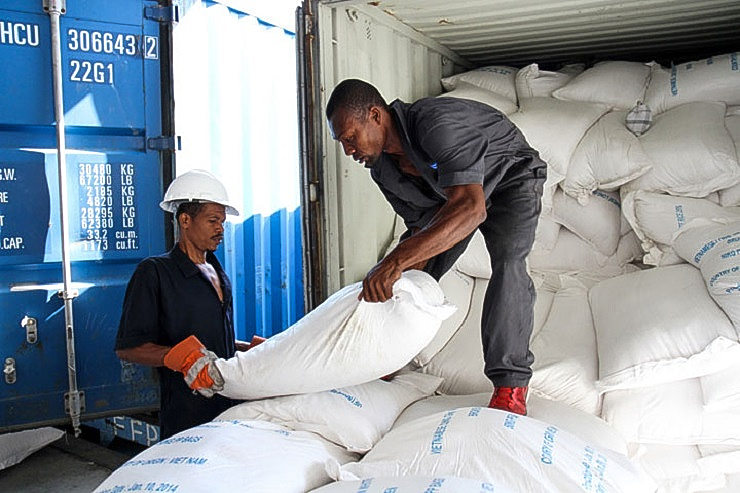 FLORIDA, US–Food For The Poor is celebrating three decades of service to the people of Haiti, a ministry that began in 1986 with a response to a plea for help for families in Cite Soleil. Thirty years later, hundreds of thousands of lives have been changed for the better because of the support of donors who have witnessed first-hand the life-transforming work Food For The Poor is providing in Haiti.

“Feeding hungry families was once the primary goal of this organisation, but we realised early on that if we wanted to make a real impact in people’s lives, we needed to do more to help break the cycle of poverty,” said Robin Mahfood, President/CEO of Food For The Poor. “Thanks to God’s many blessings, this organisation is lifting one family at a time out of destitution by building homes, schools and providing skills for job opportunities. Our purpose is not to create dependency, but self-sustainability.”

Haiti is the third largest country in the Caribbean and is one of the poorest in the Western Hemisphere. More than 50 per cent of the population lives on less than US $2 a day. Providing families with a secure home is the first step in the fight against poverty. Since 1995, when the organisation began its housing programme, 24,794 housing units with sanitation have been constructed. The charity also has built or replaced 350 schools across the country, and works with 19 orphanages as part of the Angels Of Hope programme that provides loving care for more than 1,100 children.

Knowing that access to a clean water source is vital in the battle against waterborne disease and illness, Food For The Poor has implemented more than 3,000 water projects. These projects include cisterns, sanitation systems, water wells and water filtration units – each water filtration unit can purify and chlorinate up to 10,000 gallons a day.

Over the last 30 years, Food For The Poor has shipped 15,875 tractor-trailer loads of essential items such as medical supplies, clothing, household items, construction supplies and food. The charity feeds more than 120,000 a day in the country. At its feeding centre in Port-au-Prince, the feeding programme there provides 15,000 hot meals a day, six days a week. Through a network of more than 2,600 local beneficiaries, the charity teams with its many partners to feed the poorest of the poor. These organisations are located throughout the country and are served by warehouses and distribution facilities in Port-au-Prince and Cap-Haitien.

The charity has established 42 fully-operational fishing villages in a variety of coastal locations throughout the Caribbean country. These fishing villages allow deep sea fishermen access to larger fish, a source of food and income. There are dozens of ongoing Food For The Poor-supported projects in Haiti. These projects include aquaculture, animal husbandry, agricultural, community development, alternative energy and medical initiatives.

“We have an incredible staff of people working for Food For The Poor, in both the Port-au-Prince, Haiti, office and at the headquarters in Coconut Creek. They work tirelessly to make sure every donation and every project is benefiting those who genuinely are in need. I can’t thank them enough for all that they’ve done over the decades and continue to do to help the poorest of the poor,” said Mahfood.

Food For The Poor also has proven faithful during times of crisis, such as responding quickly with aid relief following the January 12, 2010, earthquake that devastated the country. The same rapid response mobilised during the earthquake was activated when news of the October 2010 cholera outbreak reached Food For The Poor. The organisation once again stepped in to help on the heels of another health threat – the mosquito-borne chikungunya virus in 2014.

Food For The Poor is currently assisting with a different type of crisis, one that stems from the border issue between the Dominican Republic and Haiti, which has left thousands of homeless families in limbo. In 2015, the Haitian Government gave Food For The Poor approximately 76 acres in the mountains of Artibonite, where 100 families have been relocated from the border town of Fond Bayard, and where the charity will soon celebrate the inauguration of this new village of 120 homes in early June.

The new community will have concrete block houses with flush toilets and water cisterns. Each family also will receive a solar-powered light kit. The new residents will receive training in micro-enterprise projects, such as beekeeping, animal husbandry, aquaculture and agriculture.

“Haiti has had its share of disasters, both natural and man-made over the years, but the faith and the resilience of the Haitian people is truly remarkable. When Food For The Poor made the commitment to be there decades ago, we meant it and we’ve kept that promise,” said Mahfood. ~ Caribbean360 ~