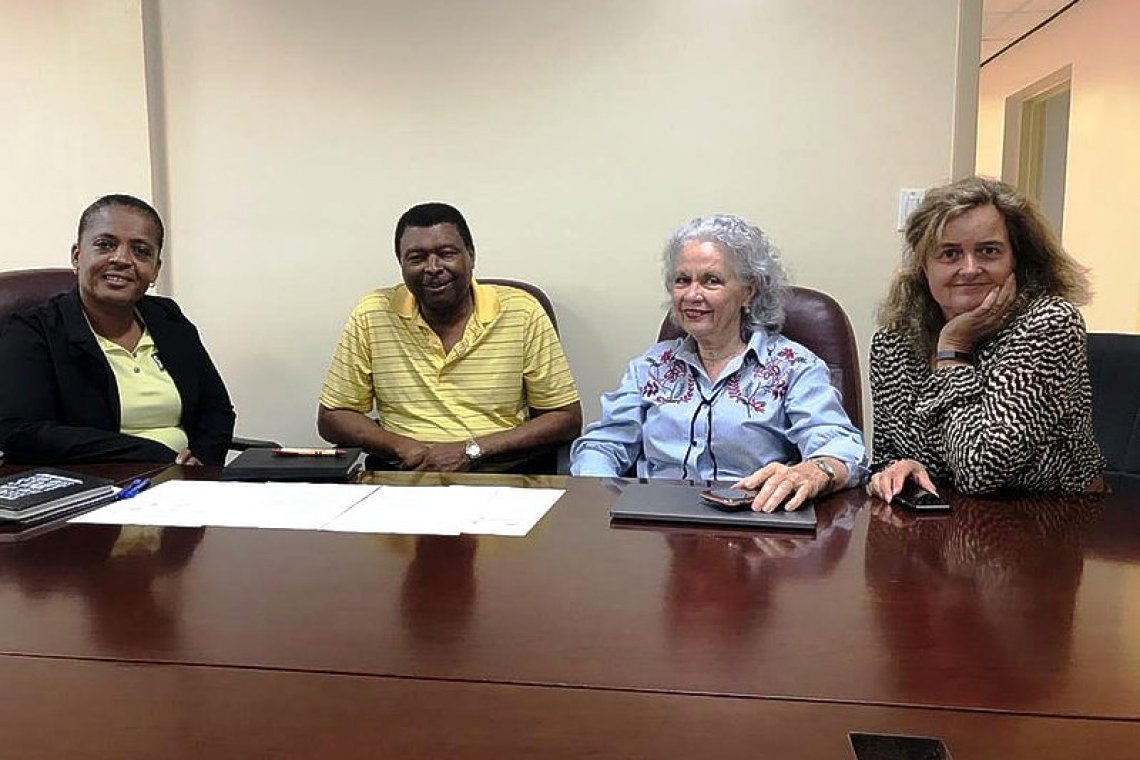 The request includes the creation of an action plan and a permanent steering committee to tackle the issue. Several parties have formed a forensic care taskforce and request that government officials join.

Forensic care services provide assessment and treatment of persons with psychological and/or personality disorder(s) and a history of criminal offending, and those who are at risk of offending. These persons may also have issues with substance abuse.

“As a result of their disorder(s), their behaviour can be unpredictable and creates risks to damage to property and bodily harm. … If treated, there is a good chance to decrease these risks significantly.

“Although this group may suffer from different (combinations) of disorders, they are similar in their need for long-term treatment with strict guidance and emphasis on structure and safety,” said the signatories in the letter.

According to the parties, St. Maarten’s lack of psychiatric specialisation, treatment, and housing for forensic patients has become a “crisis situation” that presents “serious threats to the safety of victims, family and the community at large.” They said the situation needs government’s immediate attention.

Turning Point Foundation, MHF and the prison cannot provide adequate treatment for these persons, according to the letter.

“MHF lacks the facilities and the staff needed to ensure safety. Turning Point Foundation’s infrastructure is also inadequate, and the foundation lacks the psychiatric expertise. Furthermore, Turning Point Foundation is primarily focussed on substance abuse. The Pointe Blanche prison can only provide care for people who are convicted or in pre-trial detention. Furthermore, the infrastructure is inadequate and expertise is lacking,” said the parties.

The letter also referred to St. Maarten’s lack of a forensic treatment facility.

“Due to the lack of such an institute, inmates in the Pointe Blanche prison are currently not receiving the treatment needed to decrease the chance of repeating crimes after time served … [and] persons who pose a serious risk to their family or the larger community are currently on the streets,” said the parties.

According to the letter, Turning Point Foundation has been trying to get containers on its premises to be used in treating and housing forensic patients. “Containers have been on the island since November 2019, but have yet to be made available,” said the signatories.

MHF has also been trying to build a new facility where forensic patients could be treated. The foundation has a proposal whereby the facility is to be financed through the World Bank-administered Trust Fund. According to the letter, the proposal has been approved by the Council of Ministers, but has yet to be sent to the steering committee.

The parties request that government accelerate the process and ensure consistent support for this proposal. They also want government to review the feasibility of using containers at Turning Point Foundation and, if the review is positive, to operationalise the containers.

Lastly, the parties would like a permanent steering committee established which would regularly discuss and coordinate policies on forensic care. The parties want this committee to be headed by senior officials of the Justice and VSA Ministries and to comprise representatives of SJIB, MHF, Turning Point Foundation, the Pointe Blanche prison, and the Prosecutor’s Office.

“The taskforce is inviting the Cabinets of the Ministry of Justice and the Ministry of Public Health, Social Development and Labour to join the taskforce. The taskforce will meet every month and discuss all matters relating to forensic care,” according to a press release issued by the Prosecutor’s Office on Thursday.

The taskforce will have its next meeting at Turning Point Foundation on March 16.