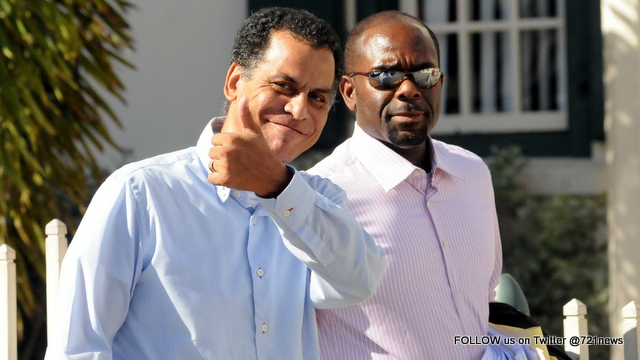 PHILIPSBURG–The Joint Court of Justice on Friday awarded damages to former Cadastre Director Clemens Roos in connection with his dismissal as per August 19, 2015, after it emerged that he had kept information about his conviction of fraud in the Netherlands from his employer.

Roos was employed by the St. Maarten Cadastre as Conservator of Mortgages (“Hypotheekbewaarder”) from September 2008. He was appointed Cadastre Director for a period of five years as per December 1, 2010, with an agreement to this effect closed on January 13, 2011.

In May 2016, the Court of First Instance rejected Roos’ claim for damages. Two months later, Roos filed a list of seven grievances in the appeal proceedings, in which he was represented by attorney Jason Rogers. The Cadastre was represented by lawyer Camiel Koster.

Also on appeal, Roos requested that the Court award him payment of his monthly salaries until the expiration of his contract on December 1, 2015, because the decisions by the Supervisory Board were illegitimate and his contracts were illegally terminated. He also requested the Court to order the Cadastre to pay NAf. 66,600 in damages.

Contrary to the lesser Court, the Court of Appeals found the Cadastre’s Supervisory Board at default and awarded its former Director NAf. 66,600 in gross salaries until December 1, 2015, and payment of NAf. 10,989 in vacation allowances.

The Court also ruled that his former employer should pay Roos’ pension premiums, NAf. 820 in child allowance, NAf. 2,750 in connection with the rent of a car and NAf. 1,008.50 for gasoline. The Cadastre also has to pay NAf. 23,840.24 for unused vacation days. All of these payments are with statutory interest.

Roos was arrested in St. Maarten on June 24, 2015, on request of the Prosecutor’s Office in the Netherlands in connection with a pending sentence for having committed large-scale fraud with social benefits at the Social Insurance Bank to the tune of almost NAf. 90,000 in the 1990s.

Roos had failed to inform the Cadastre about his criminal past. Only after his arrest did it emerge that in September 2011 Roos was irrevocably convicted by the High Court in The Hague to 22 months, six of which were suspended on two years’ probation.

Contrary to the Court of First Instance the Appellate Court did find deficiencies in the Cadastre’s decisions leading up to Roos’ dismissal.

When Roos entered in the Cadastre’s service in 2008 and also when he was appointed as a Director and board member his conviction had not yet become irrevocable. Therefore, it could not be held against Roos that he had not mentioned his judicial problems during the application procedure, as he probably would not have received the job would the Cadastre have had any knowledge about this, the Court of Appeals reasoned in its decision.

Roos was only obligated to inform his future employer about his abilities and skills, according to the Court. This changed when he was irrevocably convicted on September 21, 2011, but this was eight months after he was appointed Cadastre Director.

In the labour agreement it was stated that if the Cadastre would want to terminate the agreement “in case of serious deficiencies” before the expiration date, it would observe an eight-month notice. “In this period the Director is entitled to all agreed facilities,” the agreement stated.

The Appeals Court arrived at the conclusion that even though Roos had been guilty of serious deficiencies in 2011 in staying mum about his conviction and the pending prison term, he should be paid in full until the end of the contractual relationship with his employer as per December 1, 2015, including all agreed facilities. The Cadastre will also have to pay the fees attached to the legal procedures, which were estimated at NAf. 6,996.50.