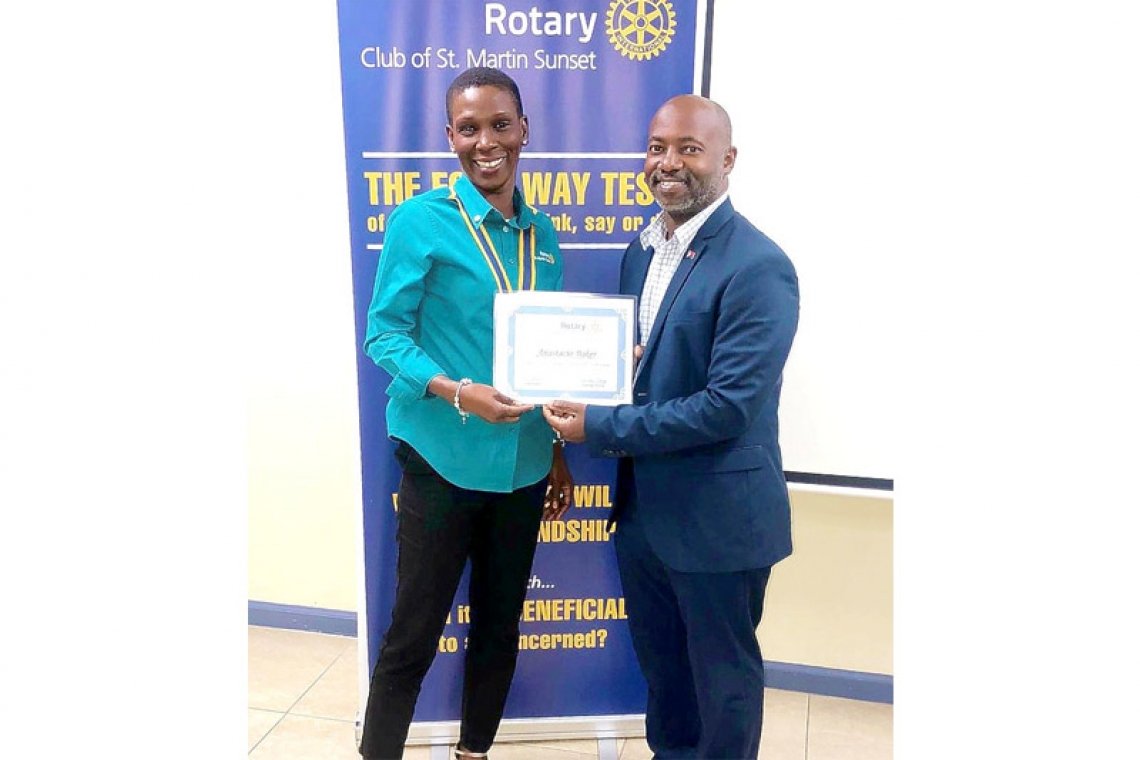 “Mr. Baker, in his former capacity as Executive Director of the Chamber of Commerce and Industry (COCI), served as the ideal guest speaker for the month’s theme of Vocational Service. As owner and managing director of several family-owned businesses on the island, Mr. Baker was able to provide vital information from both the COCI aspect as well as a small business owner, himself,” said the club in a press release on Wednesday.

In the middle of 2017, Baker left his position at Princess Juliana International Airport (PJIA) to take up the full-time position as COCI’s executive director. He resigned this post in 2019 to focus on the family businesses, according to the press release.

“Throughout Rotary, there is always a desire to build connections and promote entrepreneurship. Therefore, given his recent position held within COCI, he was able to provide up-to-date information on the closures and openings of registered businesses, as well as information about the focal point of newly-registered businesses from 2017 to 2019.

“Mr. Baker also provided vital information on the status of the economy, as well as viable small business opportunities that have not yet saturated the economic market,” said the club.

Rotary Foundation Chair Michelette Boasman, a business owner herself, saw the importance of inviting Baker to speak to the club’s members about the benefits and challenges of owning businesses in St. Maarten.

“As a young and local small business owner, [he – Ed.] served as the ideal guest presenter to provide key information on various ways to assist small businesses, as well as the importance of them to our economy,” she said.

The club thanked Baker for his presentation, advice and insights.

Rotary Club of St. Martin Sunset meets at Carl’s Unique Inn and Conference Facilities in Cole Bay at 7:30pm on the second and fourth Monday of the month. The club can be contacted via e-mail at